A lot has changed since 1969 (including the fact that the smartphone in your pocket is heaps more powerful than the computers used for the Apollo 11 launch in 1969!), but the historical and scientific significance of that milestone remains no less important. Just ask your parents (or maybe grandparents) where they were on that date 50 years ago and we’re sure they’ll remember!

Today it seems like everyone is still pretty over the Moon about what a big deal that was (well, aside from a few conspiracy believing lunies) – and they’re coming up with some cool ways to celebrate.

Here are six of our favourites:

Looking for music for your Moon landing anniversary party? You’re in luck – our national science agency, CSIRO, has got into the groove of this year’s Moon landing anniversary by releasing their own Spotify music playlist. The lunar-themed mix includes hits like REM’s ‘Man on the Moon’ (1992) and ‘Bad Moon Rising’ (1969) by Credence Clearwater Revival. Unable to stop at 50 apparently, the playlist features a total of 57 songs!

The Royal Australian Mint has launched special-edition Lunar Landing anniversary coins. The range of gold and nickel-plated coins feature pictures of each of the Apollo 11 astronauts on the Moon as well as the Eagle module, which was the spacecraft that landed on the Moon. The other side of the coin shows the famous CSIRO Parkes radio telescope pointed towards the Moon – celebrating Australia’s key role in the 1969 landing.

The coins range in value from $25 each to almost $3000! So they’re not going to turn up in your change at the shop any time soon, instead if someone wants to get their hands on one of these collectibles they’d have to buy them straight from the Mint.

Code Club Australia is attempting to break the record (again!) for most kids coding in a single day with their event Moonhack. In celebration of the Moon landing anniversary, they’re inviting young people from all over the world to get together on 20 July and learn how to code their own space-themed game – and they hope at least 40,000 will get involved, breaking the record set in 2018. Sounds fun!

LEGO has worked with NASA to release the ‘Creator Expert 10266 NASA Apollo 11 Lunar Lander building set’. The collectible LEGO set includes a replica of the Apollo 11 Eagle module, a lunar surface complete with footprint and US flag, and two gold helmeted astronaut figurines. One small step for [human]kind, one giant leap for LEGO fans!

The Powerhouse Museum in Sydney is holding a special Moon landing exhibit, called Apollo 11, which is running until January 2020. The exhibition features a virtual reality experience, enabling visitors to experience the Moon landing from the perspective of Michael Collins – Apollo 11’s third astronaut, who remained in orbit aboard the Command Module. There will also be cool items on display including a feed horn used on the CSIRO Parkes Radio Telescope, responsible for receiving some of the first images of the moonwalk for broadcast around the world, and an Olivetti Programma 101 computer, the type used by NASA to calculate the launch and landing. 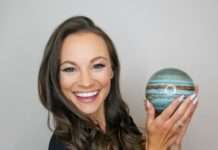 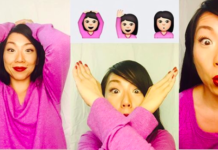