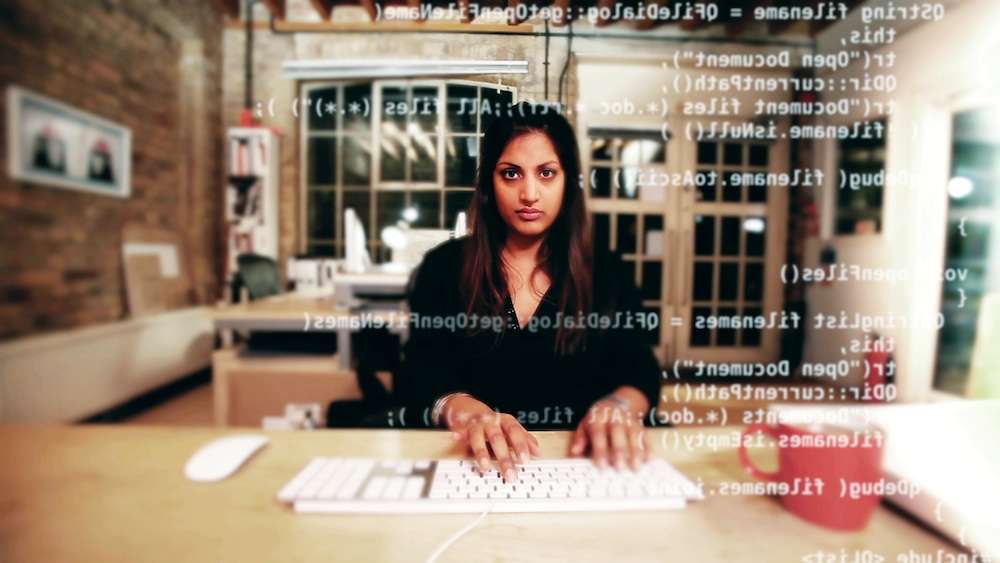 From the far reaches of space to the coolest places on Earth, and from running a hackathon to starting up a billion-dollar business, computer science leads to some amazing careers.

Technology is advancing rapidly, so how do you skill yourself up for amazing careers that may not exist yet? Or prepare for the perfect job – one that blends your passions with the needs of a changing society?

Computer science is used everywhere on Earth – and beyond. It plays a part in everything we do – from the smartphones in our pockets to the smartcards we use to travel.

Data, software and engineering build the information networks that track our health, wealth and selfies.

Computers aren’t just laptops, phones and tablets. They’re found in TVs, toys, weapons, appliances and medical systems. And all of these run on software. No matter where you work, software is a big part of planning, doing and reviewing what gets done.

While most people use computers, few have the knowhow to create with code. Programming skills give you the ability to write, decode and understand software and find amazing careers.

And as demand for people with strong software and data analysis expertise skyrockets, not nearly enough students are graduating from Australian universities with those skillsets.

The Office of the Chief Scientist reports that computer science graduates make up just 2% of Australia’s total domestic graduates each year – that’s 30% less than the global average.

Where can it take you?

In Antarctica, computer scientists gather data and code software for everything from complex ice radar systems and weather stations to the heating systems that keep the crew alive through the long, cold winter.

Most people working up on the ISS have a strong computer science background, such as US astronaut Reid Wiseman, who holds a degree in computer and systems engineering.

Back on the ground in Belgium, Andrea Boyd, a mechatronics engineer whose degree from the University of Adelaide combined computer science with robotics, is part of an ISS research team investigating the activity on the surface of the Sun.

The team has even moved the whole space station to get a better view for the research.

Who would you work for?

Computer scientists work at the world’s most valuable public companies in truly amazing careers –think Google, Microsoft, Apple, IBM and Samsung – in everything from the teams designing new products to top leadership roles.

Telecommunication companies rely on software engineers to develop most of the new features in the smartphones you’ll want to buy next year.

Computer scientists are also in big demand in Hollywood in other amazing careers, developing production tools and special effects engines for most major movies today.

Choosing a computing-related field at university can give you opportunities in some of the most amazing careers around.

But with hundreds of Australian undergraduate degrees with ‘computer’ or ‘technology’ in the title, the range of choice can be overwhelming.

Both computer science and software engineering degrees will teach you programming skills, but if you prefer theoretical study and are interested in scientific challenges, computer science might be more your thing.

Computer science is about designing algorithms and languages, systems and applications software and hardware.

Computer scientists focus on the programming, maths and core technologies involved in using a computer to solve a scientific, business or social problem.

Software engineering will suit you if you like the practical side of computing. You’ll go into depth on software creation and learn to design, produce, test and maintain large-scale software systems.

If you’re interested in the machinery of computers, or in how electronics and software interact, electrical engineering or mechatronics might be up your alley.

You can do computer science subjects in broad degrees like a Bachelor of Science or Arts, and even in law or health. Choose subjects that match your passions and give you job-ready digital skills.

Several US universities have introduced a new type of degree called ‘CS+X’, where you can mix computer science subjects with those from other disciplines without having to do a longer double degree.

Tara Murphy is an astrophysicist at the University of Sydney, who also runs her own IT training company, Grok Learning, and is Director of the National Computer Science School.

She says that, while there are some CS+X degrees in Australia, there’s enough flexibility in many other undergraduate courses to add CS into the mix.

“There’s definitely growing awareness that doing a bit of computer science or IT will help you in other disciplines,” she says.

The key is getting students to realise this before they start their degrees. “I see a lot of students in the third year of their degree – starting things like research projects or industry internships – suddenly saying they wished they knew some programming or had done some computer science!” she says.

Even students who don’t want to work in IT will benefit from adding these skills to their degree.

“Most universities in Australia have a first year course like introduction to programming,” Tara says. “These sorts of courses teach you the language of computer science – basic programming skills that will let you communicate with the computer and get it to work for you in any discipline.”

Once you have the foundation, you can continue learning about databases and building programming skills that you can use in a broad range of jobs.

“It means more career options when you graduate,” Tara says. “Employers are looking for people with really good problem-solving ability and practical skills.”

“It means more career options when you graduate. Employers are generally looking for people with really good problem-solving ability and practical skills.”