According to a recent ABC report, Australian tech employers are facing a serious STEM skills drought.

So much so that they’re having to look overseas in an attempt to fill their lengthy vacancies lists.

Richard White, CEO of leading tech giant WiseTech, says that the inability to find staff is one of the biggest issues facing his growing software solutions business. The jobs are there, but the people to take them aren’t.

“We’re probably short about 200,000 candidates across the whole of the marketplace in Australia,” he told the ABC. “In our Sydney office we employ about 15 additional people a month, which could easily be doubled with minimal strain on the business.”

RELATED: These are the degrees 82 per cent of employers want you to study

And the problem isn’t unique to WiseTech either.

“We’re doing things that no-one in the country does so we have to draw on other countries to train up the next generation,” he explains, emphasising the importance of immigration to STEM education. “I need scientists, engineers and machinists – there’s no limit to the amount of people who can be used in manufacturing!”

If Freedman is right, and the solution to the current tech jobs crisis is STEM education, greater resources and awareness surrounding science and tech training wouldn’t just benefit employers either – the economic wins would be huge!

Filling the 200,000 tech gigs going, would take the country’s unemployment rate down from 5.2 to three per cent – a change the university sector recognises that they’ll have to champion.

QUIZ: Which bachelor of science should I study?

“We need to do more to encourage and support our next generations to engage with information and computer technologies,” the Australian Council of deans for ICT told the ABC, who currently have 40,000 students enrolled in tech subjects.

“We don’t all have to be rocket scientists,” stresses White. “But rather value-creating knowledge workers who can make a real difference to the country.

Being a rocket scientist would be cool though.

Want to know more about the societal benefits of STEM education? Head here. 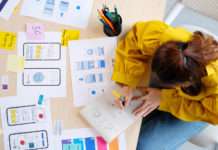 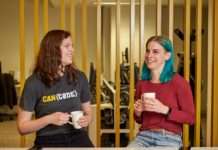 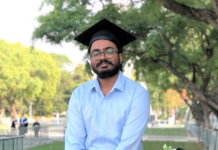