Professor Michelle Simmons has contributed immensely to Australia’s scientific community since her emigration from Britain 18 years ago. She chose to move to Australia over the US or Europe because of the opportunities afforded to young Australians.

Michelle’s already got a fair few achievements under her belt, including creating the world’s smallest transistor made from a single atom with her team in 2012. Smaller transistors have been a major factor in reducing the size and increasing efficiency of technology.

Small transistors have the potential to create super-computers, and that’s exactly Michelle’s next goal. She’s hoping to create a quantum computer that can reduce the time taken to solve complex problems, from lifetimes to minutes. It’s a move that means big things for everything from the future of artificial intelligence to health.

Speaking to the ABC, Professor Simmons said: “It really starts to allow us to do things that we simply wouldn’t be able to do in a timely fashion.”

Senior Australian of the Year has been awarded to Dr Graham Farquhar AO for his groundbreaking research in photosynthesis. 2017 Kyoto Prize Winner, Farquhar concerns most of his work with water sustainability and food security. Work in this field led to the development of a new strain of wheat that could be produced using less water.

It’s a discovery that couldn’t have more importance in a world threatened by climate change and could revolutionise the agricultural industry when implemented on a large scale. His work is yet another look at the practical uses of mathematics in diverse careers, as mathematical models were used to understand how plants consumed and released water.

Maths teacher at Cherrybrook Technology High School, Eddie Woo has an infectious love of math that proves that the subject can be anything but boring. He started broadcasting videos of his maths lessons in 2012, for a student with cancer that was missing out on classes.

His lessons picked up popularity, and he’s got the followers to show for it with nearly 200,000 subscribers on his channel, WooTube.

Students can view the lessons as a study tool, or teachers can use them as inspiration for lessons. “I love helping people learn and it is an unending privilege being able to interact with young people and help them grow, flourish and find their place out in the world.” said Eddie, speaking with the ABC.

Professor Michelle Simmons has won Australian of the Year 2018 for her work in quantum physics.

Senior Australian of the Year has been awarded to Graham Farquhar, biophysicist for his work in agricultural science.

“I love helping people learn and it is an unending privilege being able to interact with young people and help them grow, flourish and find their place out in the world.” 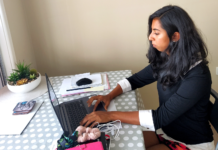 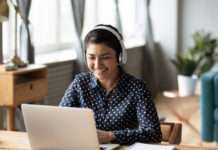