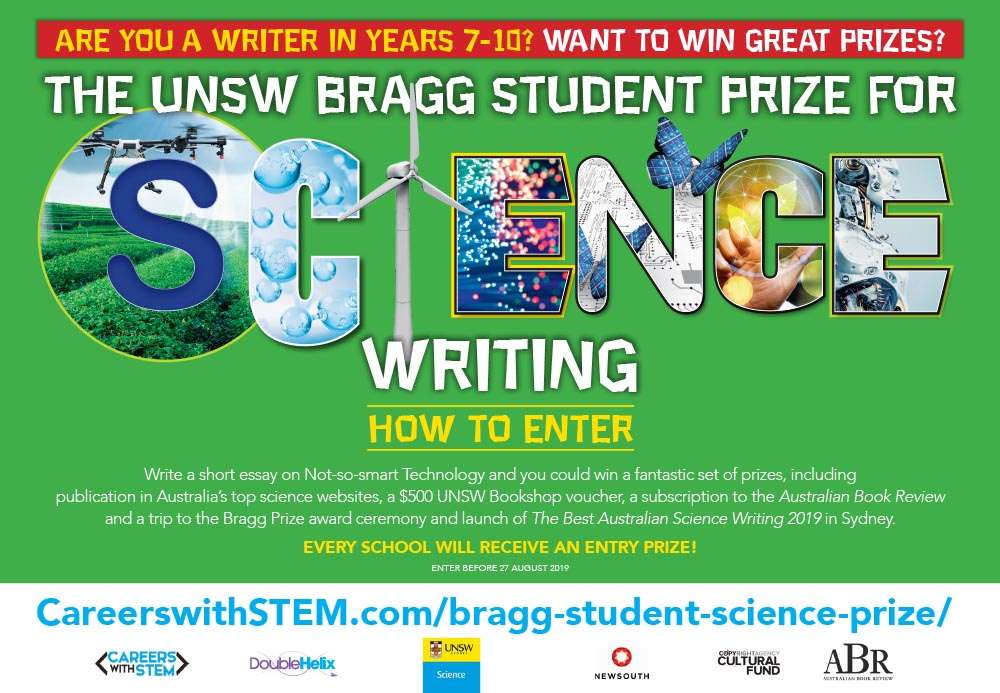 We are in the midst of the fourth industrial revolution. We’re living in a new era where pioneering technologies are altering every aspect of life. As far as we’ve come, there are still many problems that are yet to be solved. Scientists are issuing dire warnings about climate change, machine technology is redefining the workforce and diseases like Alzheimer’s are on the rise as we face an ageing population.

This year, in 800 words or less, we asked students to identify and discuss a problem in the world that has yet to be solved by contemporary science and technology. Their answers could reflect on any issue big or small, such as the number of robots that do chores or the degree of cultural diversity in smartphone apps.

Here are the winners of the 2019 UNSW Bragg Student Prize for Science Writing:

WINNER: The science (or lack thereof) behind period and fertility trackers

RUNNER UP: Errare humanum est (To err is human)

RUNNER UP: Driverless cars: are we there yet?

Thinking about entering next year? Get started with these resources!

To help you write your essay, we’ve compiled some useful examples, tips and tricks:

1. A teacher worksheet for guiding students

2. Tips for writing your essay

4. Teachers can check out this teacher’s page

The Bragg Prize is an annual award celebrating the best non-fiction science essay written for a general audience. An initiative of UNSW Press, UNSW Science and Refraction Media, the UNSW Bragg Student Prize for Science Writing is designed to encourage and celebrate the next generation of science writers, researchers and leaders. For an aspiring university Dean of Science or Walkley Award-winning journalist, this could be the first entry on their CV.

The Bragg Prizes are named for Australia’s very first Nobel Laureates, the father-and-son team of William Henry Bragg and William Lawrence Bragg. 2015 marked the centenary of their Nobel Prize win in Physics for their work on the X-ray analysis of crystal structures. William Henry Bragg was a firm believer in making science popular among young people. His lectures for students were described as models of clarity and intellectual excitement. More information about the Bragg prizes can be found here.

Got a question? We’re here to help.

Who is the competition for?

The UNSW Bragg student prize is open to all high school students in Years 7–10.

It’s a great way to complement your studies across all areas including Science, English, Geography, Design & Technology and more!

How do I enter?

Entering is easy and completely free!

Students write a short piece about ‘Not-so-smart technology’, which must be 800 words or less. They can submit their essay themselves HERE from the 29th of April 2019, or teachers can submit them for your class. Please email info@nullrefractionmedia.com.au if you would like to enter your class as a batch.

To enter, students need to agree to the terms and conditions, and their parents to sign the consent form, which is uploaded with their submission. Entries close 27 August 2019.

What is the prize?

The winner will be awarded a $500 UNSW Bookshop voucher and a subscription to the Australian Book Review. Their essay will be published in an issue of CSIRO’s Double Helix Magazine, on CareerswithSTEM.com and on newsouthpublishing.com

Winners and runners up will also get the opportunity to attend the Bragg Prize award ceremony and launch of The Best Australian Science Writing 2019 in Sydney in early November!

Are references included in the word count?

References do not contribute to your essay word count.

How will the competition be judged?

Judges will assess entries on: suitability of topic, language and tone, accuracy, imaginative quality and overall quality of writing.

Entries will be assessed by a panel of judges chosen by UNSW Press. Get up to date information on this year’s judges HERE.

The winners will be notified and announced in October 2019 and promoted at an event in November 2019.

What are the competition dates?

Where can I find examples?

For examples of great science writing and questions to help you get started, click HERE. 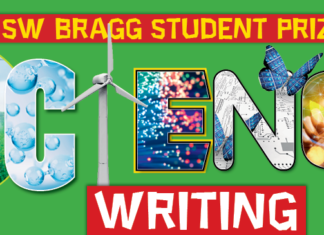 STEM Contributor - October 10, 2019
Are fertility tracking apps backed by science? Does automation really make us safer? Are we ready for driverless cars? Find out in these prize winning student essays 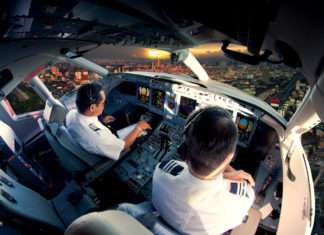 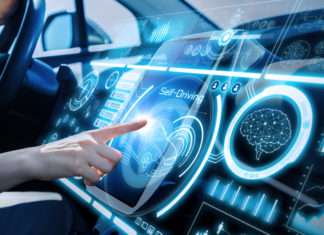 STEM Contributor - October 10, 2019
Phoebe Adams of Presbyterian Ladies College was inspired by a family tragedy to explore driverless car technology in her winning essay for the 2019 UNSW Bragg Student Prize for Science Writing 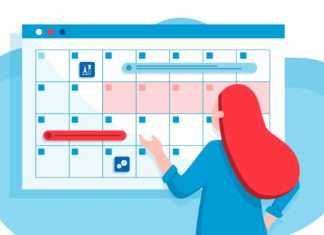 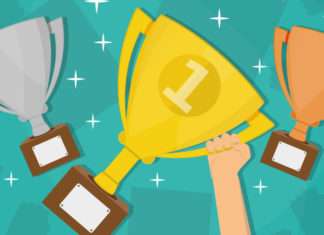 Here are the UNSW Bragg Writing Prize winners for 2018

The pricey problem with assistive technology

STEM Contributor - October 8, 2018
18% of Australians with a disability live in poverty... but assistive technology clocks in at thousands of dollars per device. UNSW Bragg Writing Prize winner Preethika Mathan diagnoses the problem with disability tech in her investigative essay.

What is an MRI? This powerful technology turns 40 years old

STEM Contributor - October 8, 2018
UNSW Bragg Writing Prize runner up, Sienna Ters answers the question 'What is an MRI?' in her informative essay. The MRI was discovered 40 years ago, but it's far from outdated. Sienna investigates just how essential this tech is to medicine today.

STEM Contributor - October 8, 2018
As biohacking technology embeds itself into our everyday lives, we may be prompted to ask: how long until we are more computer than human? UNSW Bragg Writing Prize runners up, Coco Dwyer and Ruby Mumford investigate the seemingly inevitable future of biohacking and transhumanism.
12Page 1 of 2