Civil engineering isn’t all hard hats and high-rises. Here’s what to expect from a STEM career in construction.

We often think of civil engineers as responsible for designing public infrastructure like roads, transport and sewerage networks. However, we should also be thanking them for tackling our city’s waste, public health and environmental issues too.

And with the ever-evolving nature of our cities and public spaces, it’s no surprise they’re the most likely of the engineering disciplines to land a graduate gig straight out of uni.

What do civil engineers do?

RELATED: Biomedical engineering: everything you need to know

Why is civil engineering so important?

With their innovative minds and advanced problem-solving skills, civil engineers essentially design the world that we live in. Not only do they keep infrastructure running effectively, but they’re constantly reviewing systems to accommodate for global challenges like population growth, climate change and natural disasters.

Where do they work?

Depends on what they specialise in! Consultants focus on design and planning and generally spend more time in the office managing projects, whereas contractors are more involved in the practicalities of construction on-site.

How much are they paid?

According to payscale.com, the annual salary of a civil engineer can range from AU$53K to $AU113K.

How can I become a civil engineer?

Anyone interested in a career as a civil engineer should definitely stick with maths and physics in high school, although skills like creativity, teamwork and problem-solving are also important, and can be picked up in most subjects, including languages and art.

Some universities offer civil majors with their undergraduate engineering degrees like UNSW, whereas others are packaged as part of their honours programs, like at RMIT and Southern Cross University.

There are also postgraduate pathways that allow you to specialise, like at LaTrobe.

Still deciding what engineering career is for you? Check out our list of every engineering job we can think of. 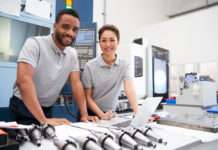