We are iGEM Sydney, Australia: Magi.coli

We're taking the magic from mushroom to microbe.

A team from the University of Sydney are competing to clone components of magic mushrooms in a synthetic biology competition called the International Genetically Engineered Machine (iGEM) Competition. The team, called Magi.Coli, are growing “magic” bacteria in the lab to create a cheaper version of the active component of magic mushrooms, psilocybin. The comp aims to inspire research into new treatments for numerous mental health conditions.

And we have some questions! Read on to find out how the new field of synthetic biology is defined, what the USyd team are up to, and why scientists are so fascinated by magic mushrooms…

What is synthetic biology?

Synthetic biology is a field of science that involves redesigning organisms for useful purposes by engineering them to have new abilities. In other words, it’s harnessing the power of nature to solve problems in medicine, manufacturing and agriculture.

“Much of the anticipated activity in synthetic biology centers on pharmaceuticals, diagnostic tools, chemicals, and energy products, such as biofuels.”

What about “genetically engineered machines”?

A few years ago The Atlantic described the field like this:

“If genetic sequencing is about reading DNA, and genetic engineering as we know it is about copying, cutting and pasting it, synthetic biology is about writing and programming new DNA with two main goals: create genetic machines from scratch and gain new insights about how life works.”

Basically, genetically engineered machines are synthetic lifeforms that can become anything scientists want them to.

What’s the USyd team up to?

The University of Sydney iGEM 2019 team is Fahad Ali, Isobel Magrath, Nathan Hawkins, Emma Todd, Benj Gonzaga, and Merrie Caruana. As their project in the iGem comp, the team are using synthetic biology to create psilocybin in the lab. The aim is to find a cheap way for scientists to produce psilocybin from scratch (it currently costs over $2000 USD a gram!) Reducing costs would inspire more research in the form of large-scale clinical trials, which are needed to prove that psilocybin is both safe and effective.

So why the sudden interest in magic mushrooms?

Actually, people all over the world have been interested in psilocybe mushrooms (aka “magic mushrooms”) for hundreds of years.  In South and Central America, the mushrooms have been used in religious rituals with shamans for centuries. They enjoyed a huge resurgence in the 1950s and psychedelic 1960s, but since the 1970s, mushrooms have been illegal in most countries. This meant that not only did recreational usage go underground, so did scientific research.

But in the last decade, heaps of research studies have been “sprouting up” on the use of psilocybin to treat various mental health conditions, such as depression, addiction, post-traumatic stress disorder (PTSD) and more. Michael Pollan (aka the “Eat more plants” guy) calls this resurgence the “Psychedelic Renaissance” in his bestselling book “How to change your mind”.

How do magic mushrooms affect the brain and what are the potential benefits?

Eating magic mushrooms produces psychoactive effects, like changes in visual perception and loss of ego, (non-scientifically) known as tripping. That’s because the gut breaks down psilocybin into compounds which are similar to some neurotransmitters in our brains, serotonin and melatonin. Check out this YouTube video by Science Insider for more info.

Studies testing psilocybin (with small numbers of participants) have shown highly promising results in treating a range of mental health conditions. Even better, no serious side effects have been observed.

So how do magic mushrooms make psilocybin?

The answer to that is biosynthesis, which is how living things produce complex chemicals out of simple ones. It’s only been recently (2017, in fact) that scientists discovered how magic mushrooms produce psilocybin.  A team from Jena University in Germany discovered 4 specific enzymes needed for the mushrooms to biosynthesise psilocybin, and they sequenced their genomes. Enzymes are chemical substances produced by living organisms to accelerate chemical reactions (like enzymes in your saliva that break down food).

Enzymes are also used to transform amino acids, which are chemicals that can be produced by plants. They’re sometimes known as building blocks of life because they’re essential to the healthy functioning of cells. Magic mushrooms transform the amino acid L-tryptophan into psilocybin using those 4 specific enzymes.

This discovery was so important because the scientists used the enzymes to create psilocybin in the lab. It was the first ever case of what’s known as enzymatic synthesis of psilocybin (cue mic drop). That’s a big deal because it sets the stage for commercial, large-scale production of psilocybin.

How are the USyd team going to make this process better?

The team are working on developing a large-scale and cost-effective way of making psilocybin using biosynthesis. To do this, they’re cloning each of the mushroom’s psilocybin-producing enzymes into E.coli bacteria. Yes, they’re bacteria that can make you sick, but they’re also super important in biology research, particularly DNA cloning and DNA sequencing, because the process is well-understood, fast and safe.  The USyd team are using an approach which is actually already used to produce most insulin products found in pharmacies.

Using synthetic biology techniques, the team cloned the genes in the 4 psilocybin-producing enzymes and inserted them into E.coli. In the space of 6 months, they’ve been working on optimising the process so their bacteria can produce high-quality, inexpensive psilocybin.

You can check out their explainer video on their FB page and more about the project on their website.

Over October 31-4 November, the USyd Magi.Coli team are going to be in Boston, where the iGem Giant Jamboree is taking place. There, they’ll present their work and compete against over 300 teams from a range of universities including Harvard, Cornell, John Hopkins, Oxford and Edinburgh. A USyd team won gold in 2017 – wish them luck for another victory this year! 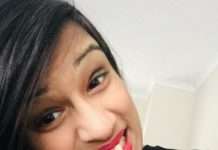 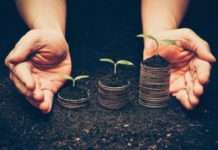