Once you get a taste for coding, you’ll be surprised by how many job opportunities are on offer. This list of jobs shows you how coding can take you to the agricultural industry, advocating for professionals, or even the music industry!

Bryce Eldredge, co-founder and general manager of The Rural Network, became interested in computer science through the desire to solve a problem. The Rural Network is an online version of the “supermarket noticeboard”, helping people in rural communities to outsource tasks to those with the skills. He grew up in a farming business and says it was obvious that he was always going to have a career in that industry.

“Seeing the problems that we faced with labour shortages in rural areas, that made me have a crack at building an online peer-to-peer marketplace and community to help people outsource and complete tasks in their local area,” he says.

Bryce advises students who want to learn computer science and digital tech to learn by doing. “Find a problem that people are facing and build something to fix that problem,” he says. “This type of learning will be the most valuable in your life.”

Paolo Gava, one of the founders of the Zimrii Music Platform, recommends that students who are interested in technology “do a lot of research in your free time because things are changing very, very rapidly”.

He has worked in the IT industry for almost 20 years and had started doing research into understanding Blockchain technology, before meeting his co-founder Mo Jalloh. Blockchain technology allows the creation of a continually growing list of records, which are linked together and secured via cryptography.

Zimrii, for example, uses Blockchain tech so artists can present evidence of copyright recordings, alongside other features such as analytics that allow musicians to run their businesses effectively.

Nicole Buskiewicz is also using technology as a solution – she is the founder and CEO of Advoc8, a political engagement platform designed to empower advocacy professionals with the data to be more effective when engaging with decision-makers.

Nicole worked in government and government relations for nearly a decade; however, she has always been quite interested in technology. “The other thing that prompted my interest in computer science and starting a technology-based company was having an idea, really, around how technology could be used to do things better, specifically in the advocacy industry,” she says.

Nicole says there are plenty of short courses online if you’d like to get a taste for coding and software engineering. She attended an all-female hackathon last year where most of the attendees were ‘hustlers’ and ‘creatives’, rather than ‘tech’ people; her advice to students interested in studying computer science is to go for it.

“If you’re thinking about it, if you’re passionate about it, there are so many doors that will open for you,”

Use social media to get your name and idea out there, or even to find more information: check out hashtags like #B2B, #entrepreneurs, #innovation and #startup on Twitter and Instagram to find people starting businesses, and combine them with #DIY or #tutorial to find advice.

Check out some of the online options available through Coder Academy, Treehouse, Khan Academy, Code Avengers and more – you can learn to code, build an app or website, or even how to start your own business.

Liked this list of jobs? Check out 7 amazing engineering careers. 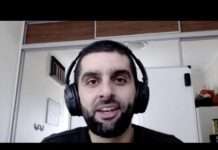