Computational thinking is a way of breaking down big issues into bite-size pieces to create amazing solutions.

What’s your dream job? Are you planning a career as a writer, or would you prefer to start a business? How about helping others through healthcare and education? You might want to communicate your ideas through art, or save the planet through science. Maybe you want to rock the world with an amazing invention.

As you start thinking about your dream job, it can feel like there’s a lot of pressure to make decisions about the rest of your life, right now. But it’s really just the beginning of a long, exciting journey.

“Sixty per cent of the jobs that will be available 10 years from now haven’t been invented yet,” says Thomas Frey, senior futurist at the DaVinci Institute, a US-based ideas hub and community of entrepreneurs.

Around the world, experts in data, digital technologies and coding are in growing demand. The 2015 report ‘A Smart Move’ by finance experts PwC Australia, says Australian companies need more employees with skills in science, technology, engineering and maths (STEM) in order to compete in the new global economy. To ensure their success in our digital future, businesses of all sizes and in many industries will be on the lookout for people who are trained in computer science (CS).

One important aspect of this training is computational thinking, says Brenda Aynsley, president of the Australian Computer Society.

Computational thinking is essential for making computer programs and apps. It can also be used for problem-solving across all disciplines, including maths, science and the humanities.

“It’s a skill that our research shows is an investment in the future,” she says.

If you’re out to discover your dream job, Brenda says there are “enormous opportunities” for students studying digital technologies, with job growth at around 2.5% per year in this area – higher than the general job growth rate of 1.6%. And a diverse range of industries will be calling for expertise in digital tech.

Musician and tech entrepreneur Will.i.am, from The Black Eyed Peas, hired a coding tutor in 2013 to teach him programming – and loved it.

“It’s 10 times better than music – a trillion times,” he told tech website VentureBeat. “I’m making music based on frequencies. With code, I can create operating systems of my own, or apps that allow me to make music.”

Digital technologies will make big changes to what careers are available. According to a 2015 report called ‘A Smart Move’, around 44% of the jobs we do will change due to tech advances over the next 20 years, and many new jobs will be created.

Professions that will continue to be in demand include doctors, nurses, teachers and engineers.

Manufacturing will become more mobile as 3D printing replaces traditional factories. This will heavily reduce the need to transport goods by air and sea.

The first is decomposition – breaking a large project down into smaller pieces. Next, there’s pattern recognition, which involves finding the patterns among problems. Abstraction is the process of removing excess detail to focus on the differences between problems. Finally, algorithmic design is the stage where you create a step-by-step strategy that leads to a solution.

“One of the best examples of computational thinking is Google Earth. It takes the large problem of trying to visualise the entire planet and makes it so that anybody can explore the world around them,” says Tina.

“Thinking computationally is a lot more like art than maths class. You use computational thinking to paint on a blank canvas… and you end up creating something beautiful,” says Daniel.

Jeremy Pack works as a software engineer on Google Street View, and says he used computational thinking to help him solve a big problem in his dream job.

“Pegman is the little yellow guy on Google Maps that you can drag to get into Street View,” Jeremy says. The issue was that Pegman kept landing on random, unimportant places in big cities.

“He’d never land in front of a famous landmark,” Jeremy says. “If you dropped him on Paris, he’d never land on the Eiffel Tower.”

Jeremy trained Pegman to recognise places that people had taken lots of photos of, and prioritise those sites when he landed in Street View.

Computational thinking has led to some major solutions in ways that are as surprising as they are inspiring.

“A huge amount of computational thinking was involved in the recent NASA fly-by of Pluto,” says Brenda.

NASA sent the New Horizons spacecraft 7.5 billion km away from Earth. It was an epic project, but computational thinking helped make it possible. With it, NASA worked out that the spacecraft could use Jupiter’s gravity as a ‘slingshot’ to get itself close enough to photograph Pluto and its five moons.

Meanwhile, the Canberra Deep Space Communication Complex (CDSCC) used cutting-edge technology to track the tiny spacecraft over its nine-year journey to Pluto and collect data along the way.

The CDSCC received the first images from Pluto, and scientists will take a further 18 months to analyse all the data as it gradually arrives from the far reaches of the Solar System.

“Pluto is the latest astronomical body to be explored by NASA,” says Ed Kruzins, director of the CDSCC. “It will probably be the most exciting.”

And computer scientists will be there every step of the way.

Get you dream job!

From tech companies to industry groups, there’s a big call for more workers with computing skills. Learning computational thinking is an investment in your future, says Brenda Aynsley, the Australian Computer Society’s president.

“As the jobs we know today disappear, they’ll be replaced by other jobs we’ve never conceived of. But they’ll require the same computational thinking, and the same sets of skills, that you can learn today,” she says.

It’s not just Australia that’s crying out for more coding. British entrepreneur Sir Richard Branson, billionaire co-founder of multinational Virgin Group, says: “Whether we’re fighting climate change or going to space, everything is moved forward by computers, and we don’t have enough people who can code.”

To find out more: goo.gl/1wudwu

“Thinking computationally is a lot more like art than maths class.” 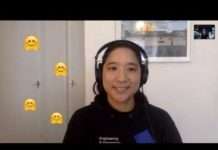