How many times have you heard someone say “being a doctor runs in the family”, or “I studied engineering because my dad was an engineer”? Perhaps there’s pressure from your own family to follow a certain career path just because you have the same DNA?

Getting career inspiration from family can be great – and it’s pretty common, too. In 2016, data crunchers at Facebook looked at 5.6 million parent-child pairs from English speaking countries around the world to find out how much a parent’s career choice affected their children’s.

In career choices it’s clear family matters: a father scientist’s daughter is 3.6 times more likely to choose science as a career herself. That’s not surprising – if you grow up talking science/law/nursing at the dinner table, it’s almost a sure thing those jobs are going to be on your radar when it comes to choosing your career.

Make your own way

But what if that career isn’t for you? The Facebook study also found that while parents’ careers influenced their kids – it was at a pretty low rate overall. For example, a son who has a father in the military is five times more likely to enter the military, but just one in four sons of a military professional does so.

That leaves lots of people carving out their own career pathways – including a large number of students who are the first in their family to go onto tertiary education at all.

Researchers estimate that more than 50% of students in Australia are the first in their family to go down the university road – and these ‘family first’ pioneers arguably face bigger hurdles than their peers when they get there, including a high drop-out rate.

“When you have little or no parental or family history of university attendance, or come from a community where attending university is not the norm, both students and their families experience a steep ‘learning curve’ upon arrival at university,” says associate professor Sarah O’Shea, an education expert at the University of Wollongong (UOW), who has argued for additional funding for first-in-family students.

Brendan Banfield went to high school in Goulburn, in regional New South Wales. He was always interested in engineering-related subjects like maths, so Brendan decided to enrol in an electrical engineering degree at UOW, becoming the first person in his family to go to university.

Brendan says while he found the first semester quite challenging – “I wondered what I’d got myself into,” he says – he had a friend back in Goulburn, who was ahead of him in the degree, and that he could turn to for advice or with any “sticky questions” if he needed.

He also credits his success to one of his lecturers who taught him how to take a ‘first principles’ approach to problem-solving. “That’s benefitted me ever since,” he says.
Brendan is now working as building services manager on UOW’s innovative sustainable housing project, Desert Rose, whilst also doing his PhD on renewable energy systems in sustainable buildings.

Brendan’s advice for other aspiring engineers, especially those who are the first in their family to sign up for study, is to take your time and get industry experience along the way in whatever interests you.

“Uni is not a race,” he says. “There are no extra prizes for finishing your degree in exactly four years and jumping straight into that grad job. Take your time, take as many subjects per semester that you feel you can manage and learn as much as you can, not only inside the classroom but outside it as well.” 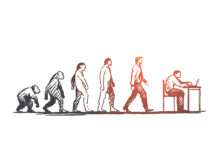 Do I have to go to university to have a career in STEM? 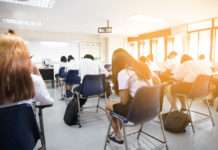 What actually is an ATAR? First of all it’s a rank, not a score 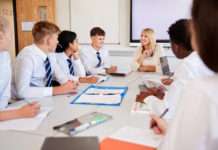 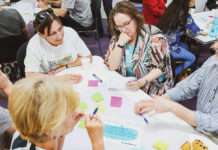