Hammond Pearce is trying to describe what the SUPERball V2 tensegrity robot looks like – not an easy task. For the past eight weeks, Hammond has been living and working at the NASA Ames Research Centre in California, where he has been investigating how the SUPERball robot moves around in hostile environments.

Next week is extra exciting because he gets to try it out in real life. “Up to this point, all my code has been done in a simulation environment,” Hammond says. Now he’s getting out of the lab. “I’ll be working on the Roverscape, which is a section of the base that’s been modelled to look like Mars. They’ve got a couple of robots they drive around there, and the tensegrity is one of them.”

“Who doesn’t want to work at NASA?”

It’s all part of an amazing program called the NASA International Internship, or NASA I² for short. Hammond is one of four New Zealanders who were selected earlier this year to receive the first ever NZ Space Scholarship. Managed by the Ministry of Business, Innovation and Employment, the scholarship is designed to provide high achievers in STEM with the opportunity to learn about the space industry, and to show the world what New Zealand can do.

Hammond always knew he was interested in robotics, but it wasn’t until the first year of his engineering degree at the University of Auckland that he realised the coding part was his fave.

He had to put his PhD on hold to join the NASA I² program, but getting to explore the NASA research centre, play with technology and network with other interns from around the world has been a dream come true. As Hammond says, “Who doesn’t want to work at NASA?”

More scholarship opportunities to reach for the stars 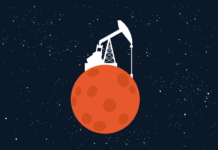 What exactly is space mining? Here’s everything you need to know