The future of sustainable biomaterials for use in construction, homewares and fashion has some pretty smelly and slimy origins. We investigate biomaterials made from an enzyme in your pee, and a pesky algae affectionately known as ‘rock snot’.

Bricks made from pee

Research students from the University of Cape Town have unveiled the world’s first bio-brick made from a bacteria that produces urase – an enzyme that breaks down the urea your pee. 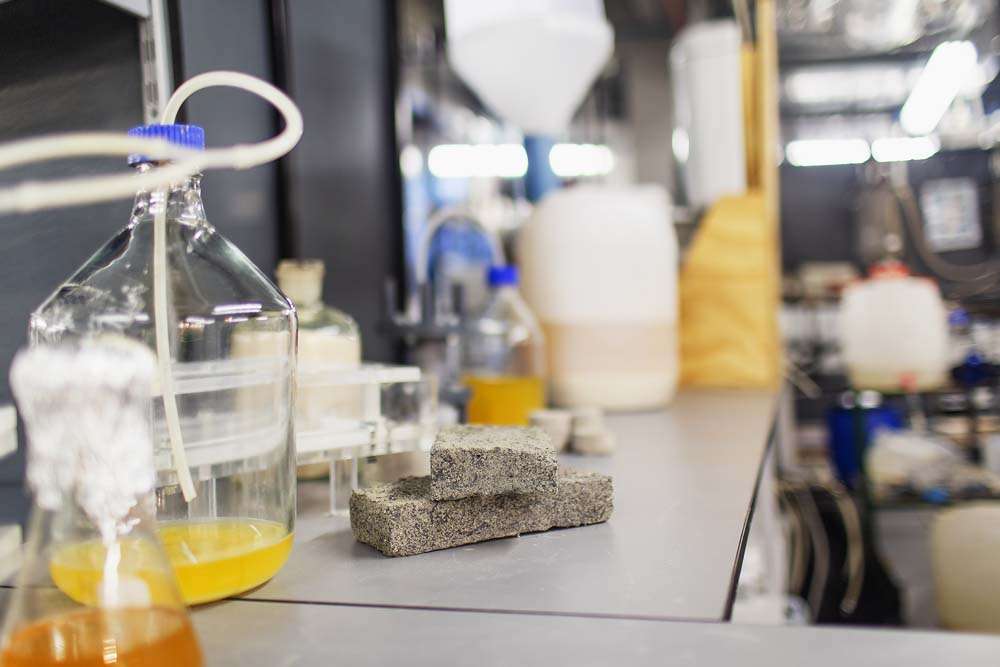 Above: The urine brick in production. (Image supplied by the University of Cape Town).

The researchers mix sand with this bacteria to create a brick that’s comparable to limestone in its durability. The amazing thing is, the bricks can be made stronger depending on how long the bacteria is allowed to culture.

“If a client wanted a brick stronger than a 40% limestone brick, you would allow the bacteria to make the solid stronger by ‘growing’ it for longer,” says project supervisor Dr Dyllon Randall, a senior lecturer in water quality engineering at the University of Cape Town.

The bricks most commonly lining our homes, schools and offices are decidedly un-sustainable. They’re fired in a kiln at 14,000 degrees celsius which creates a huge amount of carbon dioxide, a greenhouse gas that contributes to climate change.

This bio-brick has a much smaller carbon footprint, producing zero waste. Its by-products, liquid nitrogen and potassium, are being turned into a fertiliser like the ones commonly used in farming.

Homewares made from algae

The sound of ‘rock snot’ doesn’t exactly mouths watering, but young entrepreneur Logan Williams has developed dinnerware out of a biomaterial made from ‘Didymo’. It’s a brown, sludgy algae that sticks to rocks and riverbeds (hence the nickname ‘rock snot’) that has invaded waterways in New Zealand, Chile, Argentina and some parts of South Australia. 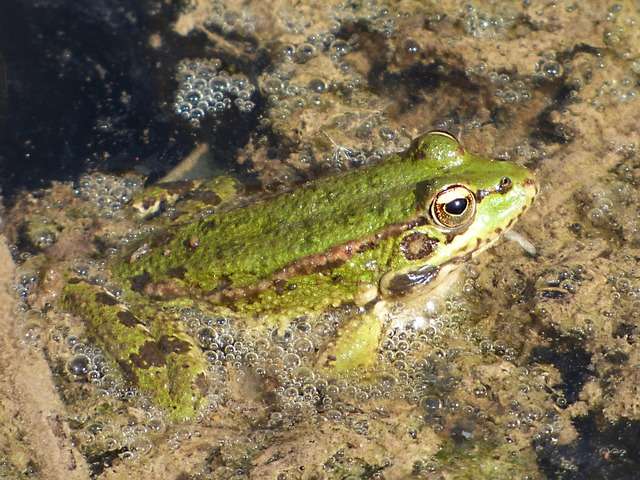 Above: A frog’s home is overtaken by the pest algae, Didymo (also called ‘rock snot’).

Logan is no stranger to using the algae as a biomaterial. He’s previously created polarised contact lenses from the sludge, developed especially for people with photosensitivity and photosensitive epilepsy.

The material itself is more than just environmentally friendly, it’s waterproof, fireproof, recyclable and nontoxic, and can be easily dyed for colour, or moulded into any shape – meaning it’s got endless potential for use beyond just dinnerware.

What’s the coolest biomaterial you’ve come across? Let us know in the comments!

Header image supplied by the University of Cape Town.

These STEM career stereotypes are dumb and outdated