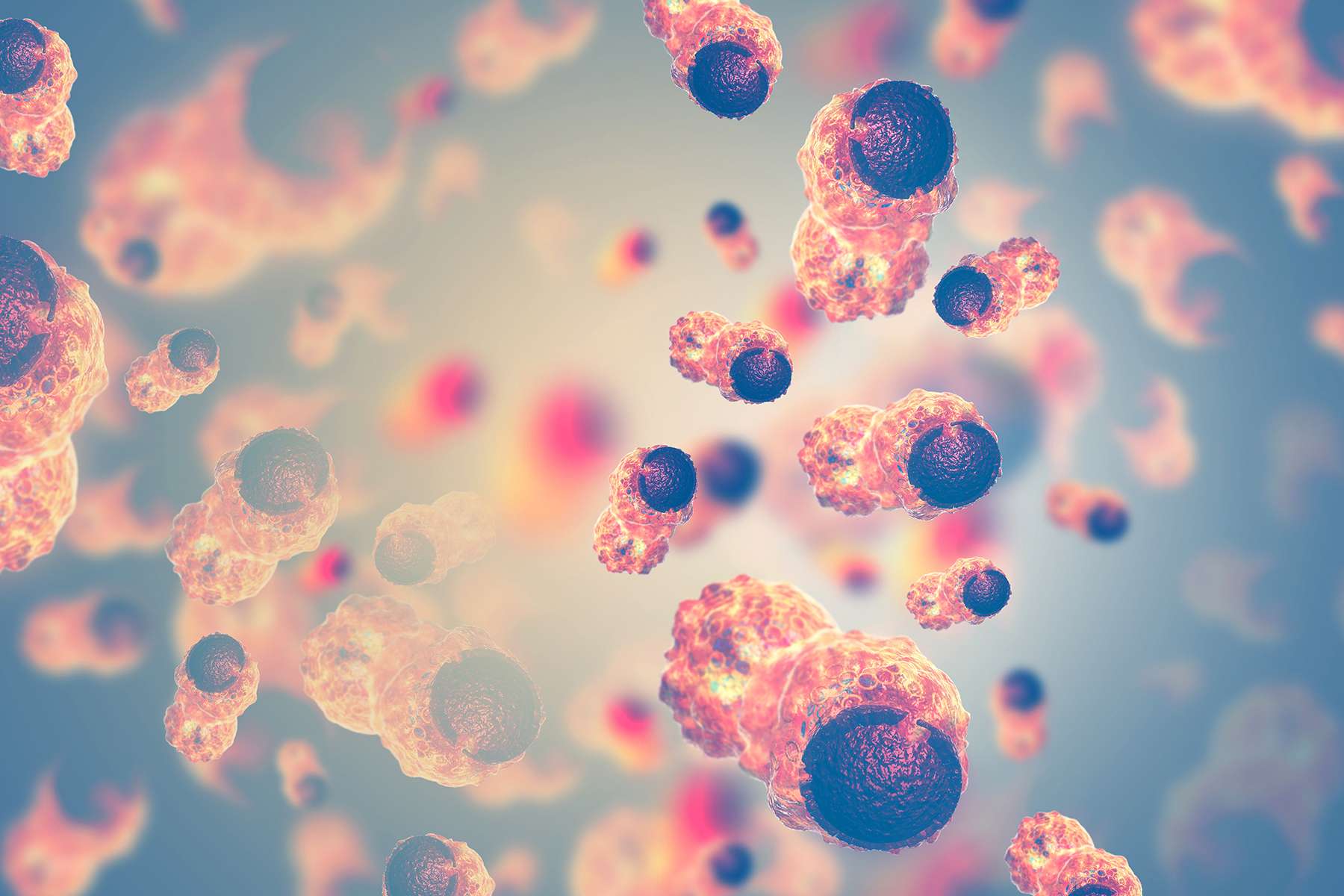 A recent study into the efficacy of cancer treatment in patients found that our gut microbiome (the mini ecosystem of bacteria in our stomachs), played a huge role in the outcome of treatments.

Chemotherapy works by attacking and killing cells during their division process. When a cell reproduces, it first makes a copy of its DNA. The cell then makes a replica of itself, and divides in two separate cells. As cancer cells reproduce very quickly compared to most other cells in the body, chemotherapy is more likely to target a cancer cell before it splits off into two separate cells.

Hair and skin cells, and cells in the digestive system and in bone marrow are the fastest replicating cells in the body. This is why chemotherapy treatment affects these areas of the body too, because it kills them off in their replicating process.

Immunotherapy is different to chemo in that it strengthens the body’s natural defences to fight cancer. A particular type of immunotherapy called ‘T-cell therapy’ reprograms our body’s T-cells, a type of white blood cell, to attack cancer cells. The study into the effect of our microbiome on cancer treatment used this T-cell therapy to treat metastatic melanomas.

Patients in the study gave samples of the bacteria living in their saliva, stomach and faeces before and after the study. Patients were then separated by their response to the treatment. Researchers then cross referenced the gut microbiome in each patient’s samples to find commonalities.

So what does this mean for cancer treatments?

This study may mean we can effectively increase the efficacy of cancer treatments by first assessing a patient’s gut microbiome. If they have unsuitable gut microbiome for treatment, the right kind could be implanted to increase efficacy. Patients wouldn’t have to endure the trial-and-error process that can be extremely taxing on their health and morale.

What do you think about this study? Tell us in the comments!

Liked this article? Read up on cancer researcher, Parisa Sowti.