UQ helped these students turn their unique healthcare idea into a booming business.

How do you find your dream job? “Make your own,” says University of Queensland (UQ) electrical and biomedical engineering graduate Jeremy Herbert, co-founder and chief technical officer of HSK Instruments.

His company’s main product is an invention called Pepster, which could make a huge difference to the lives of people with serious lung diseases such as cystic fibrosis and chronic obstructive pulmonary disease.

While studying at UQ, Jeremy and his team decided they wanted to build a medical device as their final project. The University’s close links with a local children’s hospital initiated an idea that could help in the treatment of respiratory diseases.

Their project went so well that they kept working on it after graduation, setting up the company as a way to sell their invention. They’re now in the early stages of production, and are continuing to test the device in hospitals.

Pepster has two components: a device designed to help cystic fibrosis sufferers do the breathing exercises they need to clear fluid from their lungs, and a mobile app that interacts with the device.

The app is what makes Pepster special because it helps people do their daily exercises while also recording important medical data as they do them, explains HSK Instruments co-founder Elliot Smith.

“Patients with cystic fibrosis start breathing exercises from about age four, and do them their whole lives. Trying to encourage a four-year-old to do them for an hour every day is super difficult,” he says.

“It makes it a bit more fun. The exercises become less of a boring chore and more like something kids want to do voluntarily,” says Elliot.

As the patients do the breathing exercises, the device transmits the data to the cloud or directly to their clinician.

“It sends data to clinicians so they can track progress and communicate with the patient if something’s changed or they notice a decrease in performance,” says Elliot.

Pepster recently earned glowing praise from parents whose children took part in a clinical trial of the device. The team now plans to expand the system for use in other respiratory areas.

“When you design your own stuff, you want it to be the best, so you push it as hard as you can – to the very edge of what is possible.”

“When you design your own stuff you want it to be the best.” 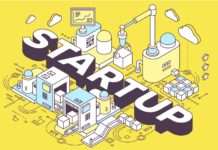 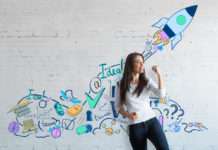