In the ads we were promised a handsome, out-of-this-world astrophysicist, but it has since been revealed that Ten’s 2019 bachelor Matt Agnew is in fact working as a data scientist at a major bank.

Although still a PhD student at Swinburne University, the 31-year-old has reportedly initiated a break while The Bachelor airs to take on an analyst role with Quantium, where he has been contracted by the National Australia Bank (NAB).

Australia is shocked, but to be honest we’re just impressed.

You see, with employers crying out for transferable T-shaped STEM skills like Matt’s the fact that the formally trained astrophysicist is dabbling in data science isn’t exactly surprising.

As the automated workforce grows, and the demand for adaptable skills across a range of areas increases, studies show that those who present themselves as agile – eg an astrophysicist who can mine data – will open themselves up to a host of opportunities.

And although Matt’s tertiary qualifications in planetary science are highly specialised, the adaptable nature of the STEM skills he’s developed would prove extremely valuable to a big bank like NAB.

We do however, admit that there aren’t as many data science puns as astrophysics ones, which now makes it harder to make jokes about the gravity of his ridiculous dating situation. 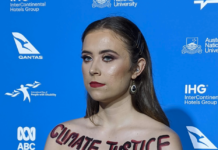 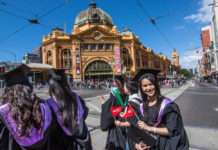