If you think doctors are the only people making a difference to global health, you’re dead wrong.

Daniel Moon looks at the clock on the wall of the operating theatre. His patient, a young girl named Anna, has a kidney tumour that needs to be removed.

Unless he performs the surgery quickly, Anna’s kidney will lose blood flow for too long. He’s under pressure and needs to move fast.

Ten years ago it would have been just Daniel and his instruments, racing the clock.

Today, he has the upper hand: instead of making all the incisions himself, Daniel controls a newly engineered robotic arm that can cut, sew and repair tissue with incredible precision. Using a 3D display, Daniel has Anna sewn up and back to her parents in record time. It’s a medical miracle – just one of many happening globally, thanks to outstanding engineers. 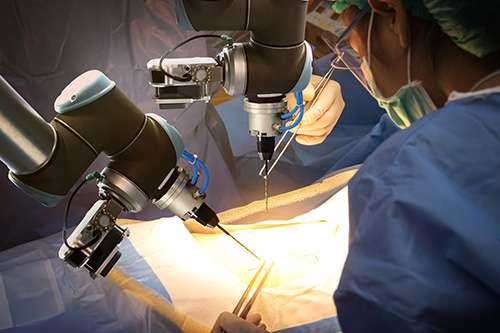 Daniel is a surgeon at Melbourne’s Epworth Hospital, one of the first in Australia to introduce a robotics program in surgery. It’s having a great impact on training, as surgeons and trainees can practise surgery using the robotic arms and 3D-printed body parts.

While they can’t feel the tissue they’re working on, Daniel says a 3D visual is all they need. “I could swear I can feel it. That’s the power of 3D.”

We’ve already 3D-printed cells, blood vessels, bladders and bone. We can spray on skin, edit genes, filter blood and hear with bionic ears. Engineers are working on developing artificial hearts and kidneys, mind-controlled robotic limbs and eyes for the blind.

Zara Barger is a second-year biomedical engineering student at the University of Technology Sydney.

She’s been fascinated by the creation of body parts ever since she did her Year 6 project on Dr Victor Chang, who saved countless lives with his artificial heart valve.

“That got me interested in medical machines and prosthetics,” Zara says.

She wants to follow in Dr Chang’s footsteps, but her challenge is to figure out which areas to pursue. “If I want to create prosthetics, I’ll move into mechanical and electrical engineering. If I work on artificial organs, that might involve more chemical and materials engineering.”

GET INTO ENGINEERING + HEALTH!

TED Playlist Should we redesign humans?