Imagine getting to design and drive your own two-metre-tall, 50kg robot. For the high school students taking part in the FIRST® Australia robotics comp, the sky’s the limit!

For the past 12 years, Macquarie University has been the home of FIRST® Australia, which stands for ‘For Inspiration & Recognition of Science & Technology’.

This annual robotics comp is all about inspiring young people to be STEM leaders and innovators.

Wee Waa is a tiny, north-western NSW town. Her team got involved through the Robots in the Outback Program – an incentive to extend FIRST® into regional areas.

In FIRST®, high school students compete in teams to design, prototype, build, program and drive their robot. The game changes every year, and teams have just six weeks to prepare.

None of the Bush Bots had any robotics or programming experience prior to competing in FIRST®, but that didn’t stop them rising up the robotics ranks.

The Bush Bots competed successfully in the regionals in 2016 and 2017, as well as the Asia Pacific Finals in Sydney. This year, the team even made it to the World Championships in Houston, Texas, with Abby joining them as a mentor. Abby describes the experience as “a lot of fun – I learned a lot and made great friendships.”

Not only do the students get a kick out of the FIRST® experience, their peer mentors love it as well.

Mary, a FIRST® Robotics alumnus, program mentor and current student at Macquarie, says that working with younger students allowed her to apply her uni skills to a real-world problem.

“It opened up incredible opportunities around the globe,” Mary says. “It has made my university career more meaningful, by allowing me to give back to the community.”

Professor Michael Heimlich, Deputy Dean at Macquarie’s School of Engineering, believes that taking part in FIRST® is an excellent complement to Macquarie’s curriculum.

“FIRST® gives our students tremendous motivation, through its exciting competitions and its notion of ‘Gracious Professionalism’.” Michael says that the ultimate goal for students is “to build their own STEM skills as well as the skills that make them better people and, ultimately, more valuable employees.”

This article brought to you in partnership with Macquarie University.

These are the highest paying jobs in STEM… kaching!

Everything you need to know about the future of work 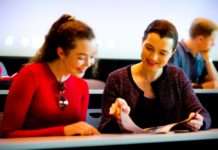 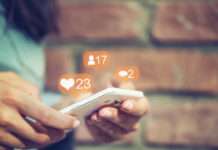 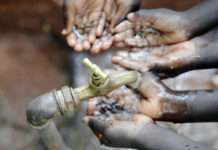