Another reason dolphins are smarter than us

New research by a marine PhD student shows that dolphins in Western Australia (WA) are following fishing vessels for days, weeks and even years.

As cats and dogs know, we’re pretty wasteful with food scraps. And in fisheries such as the Pilbara Trawl Fishery off the coast of WA, bottlenose dolphins are nosing out useful and regular sources of tasty injured or discarded fish.

“Large numbers of dolphins are seen following trawlers, leading to the impression that the population is large, but this research shows that the same dolphins stay with trawlers and that this can occur again and again over several years,” says study author Dr Simon Allen, now at The University of Western Australia.

Simon completed the research as part of his marine PhD at Murdoch University.

“The tendency for the dolphins to exploit the trawlers as a risky but efficient means of scoring a meal on a repeated basis is problematic for fisheries management, as dolphin foraging “traditions” tend to be handed down from one generation to the next.

“As long as the trawlers are fishing, the dolphins will be there, taking big risks for a cheap meal,” says Simon.

The marine PhD research also revealed that there were fewer dolphins  that was previously thought –  around 2,500 to 3,000 – meaning accidental capture by fishing vessels could have a big impact.

“This research provides the much needed basis for assessment of the level of impact that dolphin capture has on the population,” adds Professor Neil Loneragan, a senior author of the study and Professor of Marine Ecology and Conservation at Murdoch University.

Bottlenose dolphins live for 45 to 50 years and are experts at navigation, using 1,000 clicking noises per second to locate themselves in their surroundings.

If you’re interested in animals or conservation, check out high impact conservation careers.

“As long as the trawlers are fishing, the dolphins will be there, taking big risks for a cheap meal.” 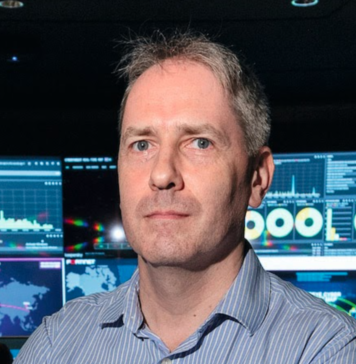