Breaking computers, radios and remote-controlled cars might seem like a sure-fire way to annoy your family, right? Luckily, Samy Movassaghi, a telecommunication and computer science expert at CSIRO, has a very easygoing family. Now she’s designing medical robots to track the health of hospital patients from the inside.

“From the age of 10, I caused a lot of damage around the house. I would take things apart because I wanted to understand how they worked,” she says.

This desire to understand how things functioned and how different pieces of technology talk to one another has sparked an interesting career. After school, Samy studied electronics and telecommunications at university.

She’s built a robot, taught herself to code and took part in hackathons. At the HealthHack Hackathon, Samy and her team designed a system that used sensors and machine learning to predict if a hospital patient was getting stressed.

And now, inspired by how fireflies can swarm together and communicate when it’s time to light up, Samy wants to design a network of sensors for the human body. Not ‘wearables’ but ‘insideables’ could be the way we all track our own health in the future.

“These small sensors measure vitals like heart rate, blood sugar, blood pressure and communicate the collected data to a ‘central controller’, just like a brain,” she says.

Sensors, artificial intelligence, machine learning may all sound pretty out there and technical. But Samy reckons anyone, especially girls, can get into computers and electronics.

“I can understand that sometimes it feels scary to try something new like coding. But I remind the students that I teach to code, that everything takes time, like learning a new game such as soccer or volleyball.”

Want to design medical robots by combining a career in computer science with healthcare? Click here. 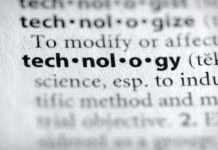