Scientists at the Murdoch’s Centre for Sustainable Aquatic Ecosystems have captured never-before-seen footage of large white sharks off the South African coast. By attaching cameras to the sharks, the marine scientists were able to see hunting behaviour that was previously kept secret.

It was thought that white sharks waited around the edges of kelp forests to ambush emerging seals, because it was assumed the sharks were too big to enter. But the footage, collected from eight white sharks tagged off the South African coast by a team including Murdoch University PhD student Oliver Jewell, show they are able to navigate through tight channels, and barge through large stipes and fronds.

Oliver said this behaviour had never been captured on camera before.

“The film we collected gives us a new perspective on this species. We can see how they interact with their surroundings in real time, and they are able to make some pretty spectacular 180-degree turns in the kelp forest,” Oliver said.

Dr Taylor Chapple, expedition leader from Stanford University, has been studying sharks for more than 15 years, but the wealth of knowledge the footage of large white sharks provided surprised even him.

“In the past we would have to guess. We would track sharks to the edge of the kelp forest but then lose the signal. Being able to see what these fish do in this habitat helps to bring another layer of understanding to the behaviour of these ocean giants,” Taylor said.

Several Cape fur seals were also captured by the shark cameras swimming through the kelp forest in the Dyer Island Marine Reserve. The footage shows them displaying predator evasion techniques such as blowing bubbles in response to the presence of the shark. The 28 hours of footage of large white sharks did not capture any kills in the kelp forest, which may support findings that kelp provides refuge for seals.

How were the cameras attached?

To safely attach the cameras, the researchers first needed to entice white sharks to their boat. They placed chum (fish cut into small pieces) in the water and used a seal decoy to attract them. They then used a fishing rod-like device to carefully clamp the specially mounted camera and motion sensor on to the sharks’ dorsal fin.

“At times we would have to spend many hours at sea, perched over the side of a boat to deploy these tags, with no guarantees to even see a shark. But the incredible data made it all worthwhile,” Taylor said.

“In the future we hope these cameras will be used to study the sharks’ mysterious behaviour in the open ocean where they dive repeatedly to great depths,” said Salvador.

“More research of this nature is needed to help better understand the ocean resources used by this incredible species, so we can inform management and do more to ensure their survival.”

The project was a collaboration between Murdoch University, Monterey Bay Aquarium and Stanford University in California.

Are you interested in helping save marine life like the large white shark? Do you love building gadgets for practical use? Check out these articles for more!

> > Marine science jobs can be creative too!

> > QUIZ: Which area of tech should you study?

Jade completed her Bachelor of Science, majoring in Applied Physics at the University of Technology Sydney in 2015. Jade is passionate about encouraging people of all backgrounds to engage in science and math. 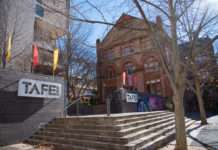 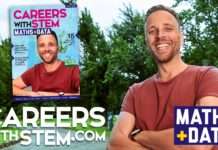 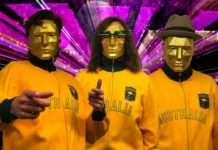 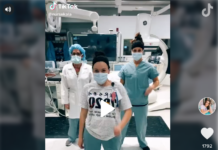