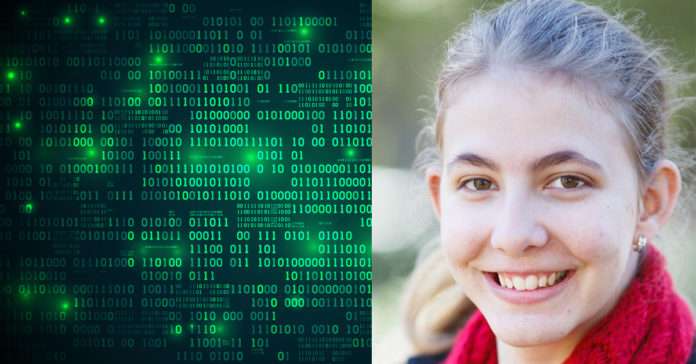 Numbers and patterns have always been Amy’s thing, and after enjoying maths at high school, enrolling in an undergrad mathematics degree was the obvious choice.

In an effort to boost her employability prospects, the then 17-year-old originally enrolled in a dual degree – a Bachelor of Mathematics and Electrical Engineering at Queensland University of Technology (QUT) – however mid-way through her studies, Amy realised that tertiary maths qualifications alone were enough to land her work.

“It turns out that times have changed, and that mathematicians are really employable at the moment!” stresses Amy. “I loved maths but electrical engineering – while still an awesome path – wasn’t for me.”

RELATED: What jobs are there in cybersecurity?

Amy picked up business and accounting alongside her maths units (applied and computational) and ended up enjoying every aspect of her degree – yep, even taxation law. But it was the part-time gig she rocked on the side as a book-keeper for a local hardware firm that seriously prepped her for seeking out employment and internship prospects during her final year.

“It put me in good stead in the long run,” the QUT grad says. “The big four accounting firms and most banks are interested in hiring mathematicians, and having accounting and business knowledge and experience is an added bonus.”

Amy took on a bunch of vacation positions, enjoying summer stints at KPMG, Defence Science and Technology (DST) and QUT’s on-campus research department. And despite being offered a permanent role at KPMG, she turned it down to kickstart a STEM cadetship in defence.

“I wanted to be able to serve Australia in a direct way and working in defence allows you to tackle problems that don’t appear in any other area,” she explains. “Plus, Defence really has an interest in the development and training of their staff and allowing them to work flexibly.”

This meant travelling between Brisbane and Adelaide during her honours year, where she focused on statistics and machine learning and even joined her University’s Cybersecurity Club.

A day in defence

After graduating, Amy’s cadetship with DST evolved into a permanent full-time role which meant a move to Adelaide and an exciting new job title – cybersecurity researcher.

These days she spends 9 to 5 protecting the country with her awesome maths, stats and machine learning skills – working on state of the art defence applications, like natural language processing, and playing with a lot of data. And there are loads more factors to take into account than in your average research project.

“Our work remains focused on providing useful outcomes for the defence of Australia. Engaging with military clients and being able to see how our research can be impactful is particularly awesome!”

Amy is still pretty new to the gig, so she’s excited to see how the final product of the research that she’s been working on is used in the field for-real.

That, and what’s going down in DST lunch breaks. “There’s always an interesting conversation happening – like whether quantum communication is possible,” she laughs.

>> Bachelor of Mathematics (Applied and Computational) and Business, QUT

This story was created in partnership with DST.