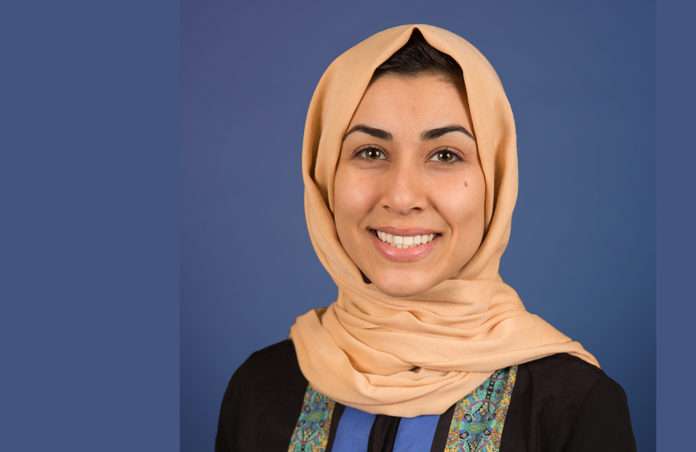 Bioinformatician Areej Alsheikh has always been interested in logic and analytical thinking, which led her down the career path of biology and microbial genomics – and eventually into cutting-edge gut microbiome research.

Essentially a problem solver via computational strategies, she also develops novel computational approaches and analytical tools to gather and process large DNA and protein sequence data. On top of this, she creates and maintains databases that compile large amounts of sequence information such as the genes involved in specific metabolic functions using publicly accessible, commercial or proprietary genomic or proteomic databases.

Her education spanned both biology and computer science, with a Bachelor’s Degree in Computer Science leading to an interest in evolution and resulting in a Master’s Degree in Marine Science working on bacterial phylogenetics.

“After that, I was fortunate to receive a full scholarship to complete my PhD in microbial genomics, which requires a skillset combination of programming for processing big data and knowledge in bacterial evolutionary biology,” Areej says.

“All of this formed the building blocks to my current career path as a bioinformatician.”

Areej is not simply a bioinformatician, she is also a mum working and expecting her second child. She gave birth to her first child when she started her current role and prior to submitting her PhD thesis.

“During a three-month period, I had to juggle taking care of an infant, writing my thesis and carrying out my role at Microba!”

When asked what was next for her career, she explains that she wants more experience in her current field, more management skills and opportunities.

“I’m hoping to learn different aspects of managing a project, particularly those with clinical impact,” she says.

“I also want to gain the skills needed to manage the people involved in a project, because I think this is one of the most challenging skills to master.”

Areej encourages budding female STEM enthusiasts to pursue their passions in their chosen industry, sharing that it’s not ‘scary’ or something that can’t be obtained.

“STEM is the future of careers so it’s best to hop on that train now if you have the interest.”

READ MORE: Everything you need to know about biomedical engineering

Mel is a specialist in media, public relations and communications, with a Master’s in Communications. She is currently the PR and Communications Manager with Australian biotech company Microba.