Emma Carter has always been interested in invasive species. Her career path from ecology student to Project Officer at Biosecurity Queensland has taken some twists, but she wouldn’t have it any other way.

Emma developed a passion for ecology and wildlife biology while completing her Science degree at QUT. Keen to get a feel for a career in research, Emma applied for a holiday research scholarship over the summer of 2014-15. She visited different study sites in Moreton Bay (north of Brisbane) and carried out her own sampling on insect richness in myrtle rust affected Melaleuca (paperbark) ecosystems. Emma says this hands-on experience motivated her to enrol in an Honours year after graduating. 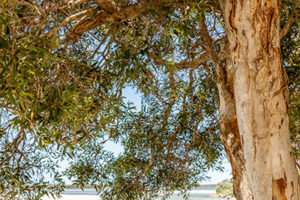 Emma’s Honours project originally saw her design an experiment to determine the potential impacts of traffic noise on koalas, however some equipment mishaps resulted in a big topic switch. She ended up writing her thesis on how habitat affects the audibility of bat calls to moths. “I learned a whole new topic and submitted my project in eight weeks! A rewarding challenge all the same” says Emma.

From Honours student to Biosecurity graduate

Despite getting top results for her thesis, Emma wasn’t sure a career in research was for her, so she applied for all kinds of graduate positions in the field of ecology. “It’s a pretty competitive job market for science graduates, mainly because a lot of the jobs are very hands on and fun,” explains Emma. After a six months of job hunting, she scored a graduate role through the Greater Graduate Program within the Queensland Department of Agriculture and Fisheries.

During the 12-month program, Emma worked as a graduate policy officer at Biosecurity Queensland, rotating through the Plant Biosecurity and Product Integrity Program.  She was involved in varied activities, including supporting Queensland’s Chief Plant Health Manager in plant pest management and helping to resolve market access issues for Queensland’s producers. Following legislative changes to Queensland’s industrial cannabis licensing system, she also worked on new policy rollouts – you may have noticed that it’s now legal to sell low THC hemp seeds for human consumption!

“My graduate year was fantastic and I’ve been so grateful to land in a field that really interests me,” says Emma. “I’ve had so many opportunities to contribute and now have a firm grasp on how plant biosecurity is managed in Queensland.”

Emma found her Honours degree really helped her prepare for the grad position. “It developed my critical thinking skills, which have been so valuable. Also having an understanding of pest ecology and how biological systems function has helped inform my decisions when it comes to policy,” she says. 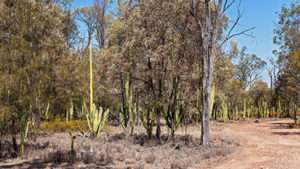 Emma now has a permanent role in Biosecurity Queensland’s Strategy and Legislation Unit where she provides project support on a range of different initiatives across the organisation. “It’s very rewarding to know I am contributing to big picture stuff for Queensland’s biosecurity system.”

Emma encourages anyone interested in ecology or biology to keep an open mind about their future career options. “There are lots of options for science graduates. It’s not all about research, there’s so many different pathways, including policy, you can explore.”

This profile was produced in partnership with QUT.

“There are lots of options for science graduates…there’s so many different pathways, including policy, you can explore.”