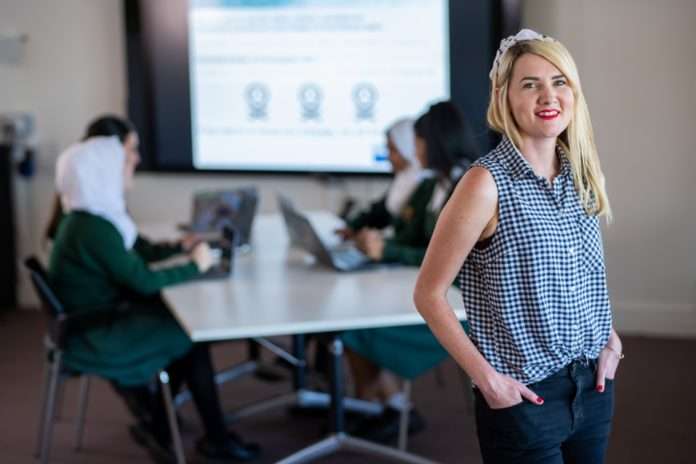 Tammy Butow is really good at breaking things. So good, she’s turned it into a global IT career.

The QUT double degree graduate (Bachelor of IT / Bachelor of Education (Secondary)) is one of the world’s best chaos engineers, which means she breaks IT systems to test them – and then works out how to make them stronger.

“I had an awesome high school teacher at Riverside Girls High who really inspired me – we are still friends!”

Tammy’s first job after uni was at NAB in Melbourne where she worked in the cybercrime team and also built desktop software and mobile applications. She now specialises in cloud infrastructure for a US-based tech company called Gremlin, where she brings organised chaos to clients’ systems to prevent three killers of modern business – software downtime, bad publicity and lost revenue.

While Tammy has built her career in IT, she has also put her education degree to use as co-founder of the Australian-based Girl Geek Academy.

“The Girl Geek Academy does hackathons, online courses, and workshops on coding, game development, entrepreneurship and startups, and we also work with teachers and schools,” Tammy says.

“We want to see an increase in women in tech, women in games, women who make, female designers and female founders.”

Tammy – who loves snowboarding, skateboarding, surfing, moshpits, metal and hardcore punk – says growing up in a foster care group home until she was adopted at eight years old means she had a very different start to life from most people. “But I think that helped me have the courage to get out there,” she says.

“My message for girls is you should totally study tech because it’s going to be an amazing career for you,” she says. “It’s never going to go away, it’s just going to continue to increase and you know why not be there where you can be a pioneer in a really exciting space – that’s the coolest thing to do ever!”

This article is brought to you in partnership with QUT and originally appears in Careers with STEM: Tech 2020.