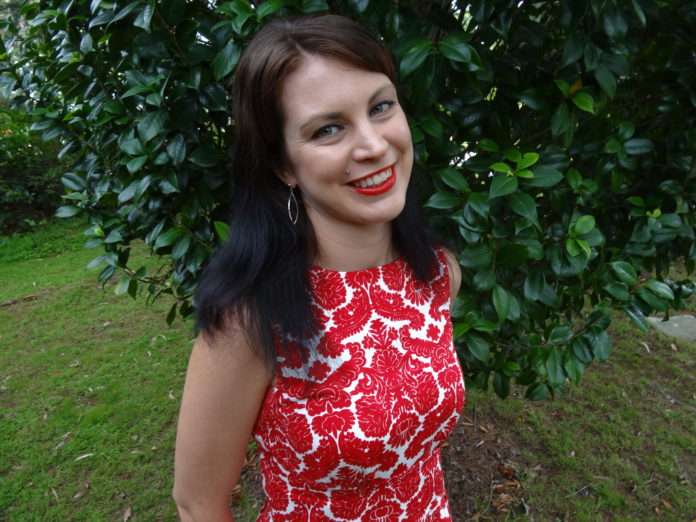 Climate scientist Dr Sarah Perkins-Kirkpatrick is one scientist you won’t find in a lab: “Pipettes are not my thing!” she laughs. Instead, Sarah’s research uses climate models to study heatwaves at the Climate Change Research Centre at UNSW.

When Sarah enrolled in a Science degree at Macquarie University, she was tossing up between majoring in subjects focusing on environmental or cancer research. But when she first discovered climate models and how they can predict weather patterns, she was hooked.

All about climate models

What exactly is a climate model? It’s essentially a computational tool for understanding the Earth’s climate. Models can cover the global climate system or just one particular region. Scientists develop these models using equations that represent physical, chemical and biological processes that affect climate, like the Greenhouse Effect and the relationship between air pressure and temperature.

As you can imagine, climate models are highly complex – a global model can contain the equivalent of thousands of pages of code, and might require a supercomputer the size of a tennis court to run! Climate models are an incredible tool because they not only help scientists understand what controls our climate, they can also make predictions on how our climate might change in the future.

As part of her PhD in Climate Science at UNSW Sydney, Sarah examined how well climate models provided projections of climate extremes over Australia, including heatwaves. The methods Sarah used were pretty novel before 2010 (when her PhD was awarded), but they’re now commonly used.

After her PhD, Sarah spent two years at CSIRO’s Marine and Atmospheric Research division, where she worked for the Pacific Climate Change Science Program. She used her skills to assess how the Pacific Islands could be affected by climate change in the future and the risks the local population faces. Sarah also visited the Pacific Islands to engage with the local community, spending time in Samoa, Fiji and the Cook Islands.

The link between humans, heatwaves and climate change

After returning to UNSW, Sarah was awarded a prestigious DECRA (ARC Discovery Early Career Researcher Award) in 2014, which kicked off her research into heatwaves. Sarah is examining how climate change and human activity are increasing the frequency and intensity of heatwaves in Australia. She’s also working with epidemiologists to figure out how to minimise the harmful health impacts caused by heatwaves.

Sarah’s work involves a lot of statistical data modelling using climate models such as those available from the IPCC (Intergovernmental Panel on Climate Change). She’s motivated by the fact that her work will benefit everyone impacted by heatwaves.“The most rewarding part of my work is that it has meaning to the outside world,” she says. Sarah’s well-earned reputation as a heatwave expert meant she was recently invited to speak on a panel organised by Aus & NZ Science Media Exchange, Scimex, after the November 2019 bushfires began raging across Australia.

A talented science writer and blogger, Sarah recently wrote about the inextricable link between bushfires and climate change and questioned the Australian Government for failing to discuss the issue (her article is titled “If not now, when?”). “It’s not a valid argument that Australia is only part of the problem, we need to set an example for other countries,” says Sarah.

The benefits of Sarah’s research are crystal clear, but she still champions studying science for any purpose. “Scientia means knowledge, whether it’s for a purpose or ‘blue sky research’. Adding to that knowledge by studying science is a way to be a piece in the puzzle. You could contribute to the quantum computing leap or finding a cure for cancer – anything, really.”