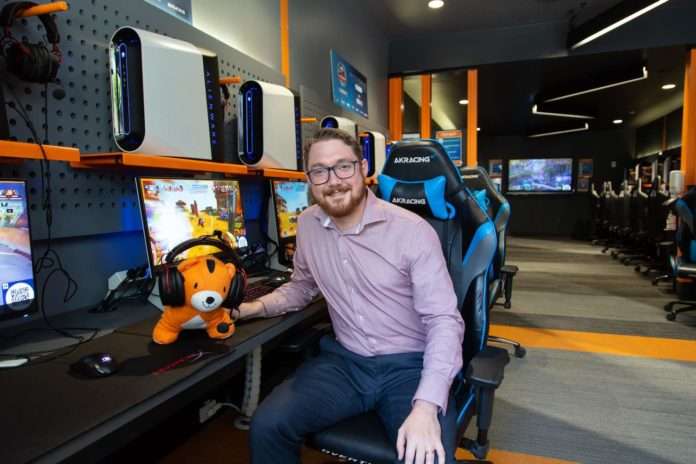 Michael Trotter’s passion for eSports led him to achieve a number of Australian uni firsts – including creating the first official eSports qualification.

Forget the couch potato playing games all day in the basement – today’s esports athletes are just as fit and focussed as those on the sports field. That’s what Michael discovered in his PhD research into the psychology of esports. “There’s a misconception that esports is just video gaming,” he says. “A lot of my work involves explaining that it’s an organised competition with teams and players, and that there are career pathways similar to traditional sports.”

Michael was studying a Bachelor of Behavioural Science (Psychology) at QUT when he and a friend decided to start an esports club. It launched in 2017, and after just a year the pair had convinced QUT to build Australia’s first university esports arena where their team, the

QUT Tigers, could train. They also had the club endorsed by the QUT Elite Athlete Program, meaning students could apply for a scholarship as an esports athlete.

Michael’s latest achievement is launching Australia’s first accredited tertiary qualification in esports. The Diploma in Esports provides an introduction to the industry (which is worth $1 billion globally) and a pathway into a range of bachelor degrees.

For the next level of his video-game adventure, Michael wants to run his own research lab and use esports to help support disengaged and at-risk young people. “The utility of STEM can take you places that you didn’t know were possible!”