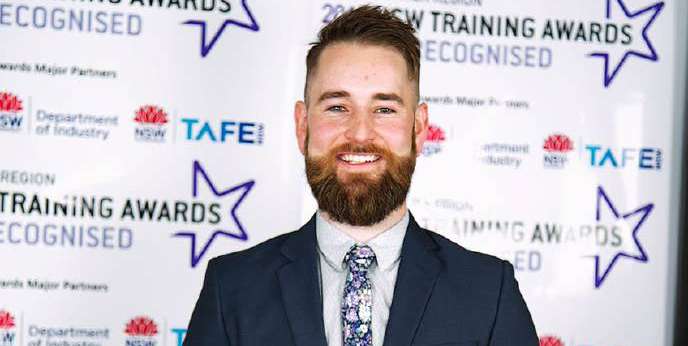 For me, there’s no better way to spend a day at home than tinkering away on my own engineering projects and listening to science and engineering podcasts to keep up-to-date on what’s going on in the wider world. On every other day I ride motocross and make heaps of noise!

I have always wanted to know how things work, and how to make them work better.

I never thought that I could make a career out of this interest until one day when I was working as a freelance web designer. I enjoyed the coding aspect of web design, but I also wanted something a bit more hands-on. So I did some research and came across the role of Electrical Engineering Technician, which combined both the coding and hands-on aspects that I was looking for in a career.

I applied for an Electrical Apprenticeship at Macquarie Generation. Once I realised how much I was enjoying both my work and my TAFE studies in electrical engineering, I decided I would cement my future in the field. My biggest challenge so far has been my own doubt in my ability, but I know that my confidence will grow over time as I gain more experience.

I believe robotics is a particularly exciting area of engineering. Although it has been around for some time now, there is a huge community emerging around the building and programming of robots that we have never seen before. There are countless communities that allow you to download and share programs for robotic controllers and processors, and also now communities of people who freely exchange models for the 3D printing of parts, which allow your robot to go from a bunch of wires and controllers on a desk to fully functioning within hours.

If you’re interested in engineering, I recommend taking the time to figure out which study pathway you might like to take, as there have never been so many to choose from. Also, take the time to decide which way you would like to approach this career – whether it be through university or working your way up through a trade.

Whatever you choose, if you are able to turn your hobby into a career in engineering then go for it! As the saying goes “Choose a job you love, and you will never have to work a day in your life.”