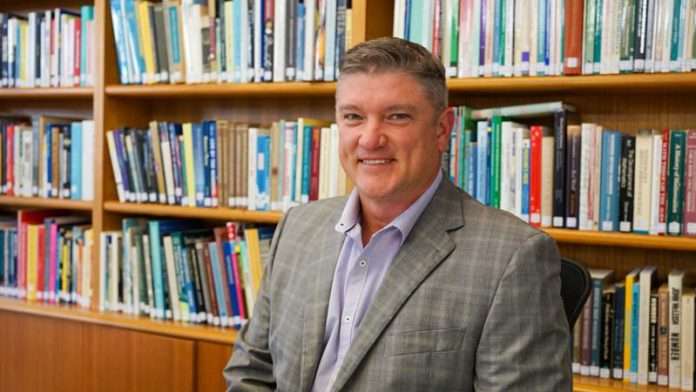 James Burnett has dedicated his career to helping make mathematics more meaningful, enjoyable and accessible to all

James Burnett and STEM go way back. The award-winning educator has been an advocate for the accessibility of science, tech, engineering and maths since he was first exposed to mathematics education at QUT (then known as the Brisbane College of Advanced Education) during his undergraduate teaching degree. “I was shown a way of teaching mathematics that was very different to the way I had learned in primary school,” he says.

In fact, James’ first-year lecturer – Dr Calvin Irons – was so impactful to the young undergrad that he went on to become his mentor, and then eventually, a business partner. “After I graduated from QUT and spent some years teaching, we reconnected and started ORIGO Education in 1995,” James explains.

James and his ORIGO Education company are behind the game-changing digital tool Big Books, which were a hit with time-poor parents struggling to home school their children during the pandemic.

“The greatest way to positively impact the lives of children is to change the mindset of their teachers!” he stresses. “STEM jobs are growing at almost twice the pace of other jobs and maths is involved in so many exciting careers – automation, drones, robotics and space!