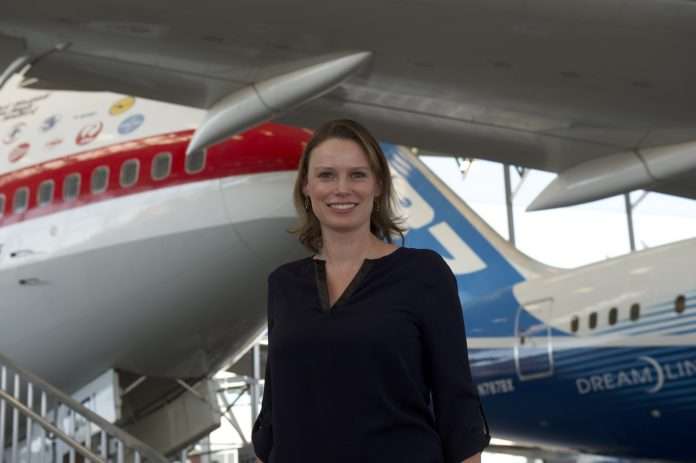 Aerospace engineering took Linda Hapgood to the cutting edge of tech, working for Boeing in Australia and the US

Linda Hapgood’s career took off after an internship at Boeing Australia – while she was completing her QUT degree – which led to a range of exciting engineering roles in Australia and eventually the US.

Now, she’s transforming the digital ecosystem across the whole of Boeing from her base in Kenmore, in Washington State in the US. She leads a team that rethinks the way Boeing’s people work so it is digitally enabled, flexible, and more nimble.

“This is a very exciting position where myself and my team are called upon to bring together years of experience, innovation and learnings from programs across Boeing,” Linda says. “These stretch from the most efficient commercial airplane ever built, the 787 Dreamliner, to the first plane designed, manufactured and tested along a digital thread, the T-7A Red Hawk.”

With her team, she’s transforming the design process using “digital twins” of aircraft and production systems. Instead of 2D paper drawings or blueprints to build from, Boeing engineers can deliver 3D models and even Augmented Reality (AR) work instructions to create next-gen aircraft.

“The goal is to create a digital environment where we can design, build, test and fly the aircraft, helicopter or space vehicle in a highly accurate digital world, before it is built in the physical world,” Linda explains. “This enables us to ensure we get the design right, for more efficiency, first-time quality and increased safety for our customers,” she says.

Role models can help you fly

Linda grew up fascinated by flight. “My Dad was a 727 Flight Engineer for Ansett Airlines and I loved listening at the dinner table to his stories and adventures in the aviation industry!”

At first, she wanted to be a pilot, but when her older sister studied engineering, she realised she could also have a career path designing planes rather than flying them.

“Seeing someone else succeed in a STEM career (my dad and sister) and having them as role models was very influential in realising that a career in STEM was an option,” she says.