Then Madhuri stumbled upon a Dulux internship among the same old offers from cosmetic companies and pharmaceutical giants and it felt like a breath of fresh air. She applied for the internship, sat the interview and landed a spot in their internship program just like that.

“It was a completely pleasant surprise,” says Madhuri – not just about landing the position, but to discover that there’s some pretty sophisticated chemistry behind the humble can of paint. Since then, Madhuri’s risen up the ranks at Dulux; from interning and a summer scholarship program sponsored by Dulux, to becoming a fully fledged paint chemist – also known as a developmental chemist.

What does it take to be a paint chemist? 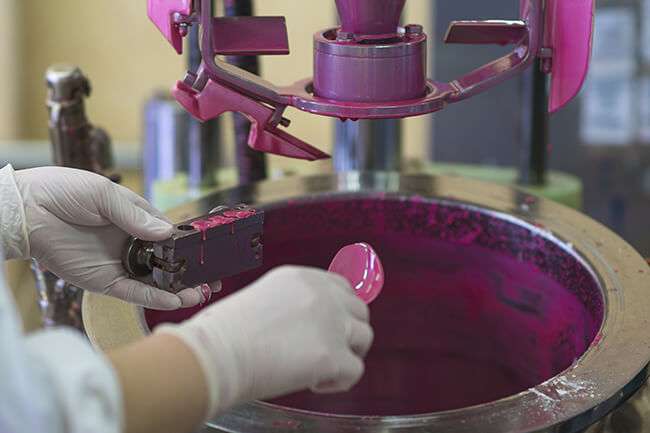 “Paint is such a generic term that people don’t realise how much is involved,” she says. In her role as a paint chemist, Madhuri might be formulating paint that won’t clump inside an aerosol can, or designing a tough-wearing coating that won’t scratch off when applied to concrete. She’s often working in large-scale manufacturing to ensure that her formulas can translate to scale, or in the decorative department where producing beautiful yet hardy paint recipes is the go.

“I think anyone who is interested in chemistry can work in the paint industry. Especially people who are flexible and like a challenge. I was able to venture into departments like manufacturing that I hadn’t considered before, too.”

If it weren’t for her willingness to take every opportunity as it comes, Madhuri may have missed out on the career she loves today. And that’s her advice for science students too.

“If you know exactly where you want to end up, the opportunities that you need to take to get there are pretty clear cut,” she says. “But for me, it’s all about the learning and the journey of it. If you dream about it, if you want to make it happen, just go and do it.”

Learn more about careers in the paint industry by visiting the APMF website.

Read more about chemistry careers in the paint industry.

This article was developed in partnership with the Australian Paint Manufacturers’ Federation.

“I think anyone who is interested in chemistry can work in the paint industry. Especially people who are flexible and like a challenge. I was able to venture into departments like manufacturing that I hadn’t considered before, too.”