With her week split between a to-do list of desk work at the Brisbane BDA office and platform testing aircraft on-site, the job demands an equal mix of programming and practical skills.

“I always liked planes, but because I hadn’t been on many, the concept was always intriguing,” she says about her choice to specialise in aerospace instead of general engineering fields.

Taylah relocated from small town Gordonvale – near Cairns in far-north Queensland – to study engineering at QUT in Brisbane. She scored the BDA gig after a summer internship with the company during her final year. As the first member of her family to finish uni, landing the job was a big deal and she still credits the skills she learnt during her studies to her success.

“There was an assignment where we had to design an automated drone to a list of requirements,” she says. “The from-the-ground-up systems approach is something I’ve used in my job from day one.”

Programming planes aside, the best thing about Taylah’s role is that there are other young, female engineers killing it at Boeing, too. “Engineering is usually very male-dominated, but our floor is really diverse,” she says.

When she’s not winning awards – such as a 2018 Aboriginal and Torres Strait Islander Tertiary Student STEM Achievement Award – Taylah teaches first-year engineering subjects back at QUT.

Her advice to students tackling such an epic degree: “Just stick it out!”

To get there: Bachelor of Engineering (Honours), QUT

This article was brought to you in partnership with Queensland University of Technology. It originally appears in Careers with STEM: Engineering 2019. 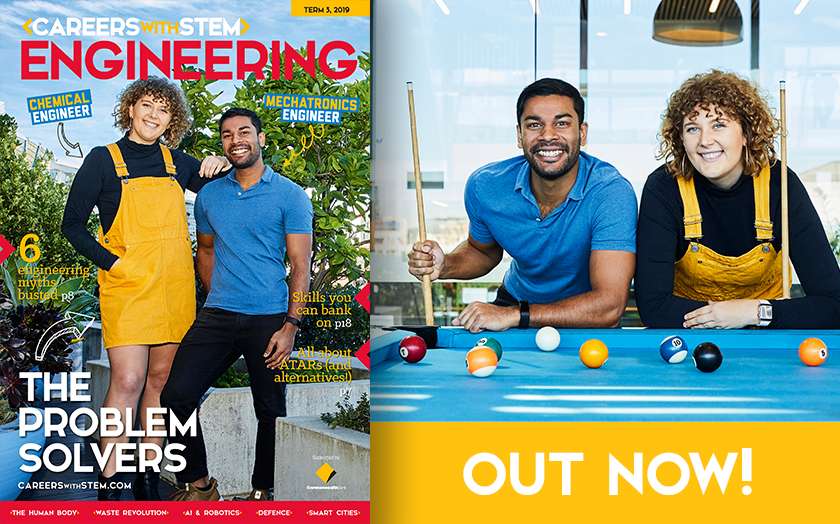 Cassie Steel is a Sydney-based journalist who specialises in health, beauty, lifestyle, tech and entertainment content.