After graduating from mechanical engineering and working with turbines and compressors in the chemical industry as a Machinery Engineer, Yemi fell in love with working on all things rail-related.

Tell us about why you love rail.

In my first rail job with Network Rail (the UK Government owner and operator of the rail network), I liked the concept of ‘seeing’ what we were building as opposed to working with gases in the chemical industry. As a contractor at the program, we were responsible for delivering $2billion worth of surface works on behalf of the Crossrail Program. I held various positions from Project to Program Manager. I also did a stint supporting the executive team in transforming Network Rail. This was during a time it went to devolved routes that localised sections of the UK, giving more power to individual sections to improve the way they maintained, enhanced and operated their section of the railway.

Life happened and I took some time out being a mother and a wife, which is where my entrepreneurial spirit took flight and I went into fitness teaching the US Military in Japan. After living that dream and many years in between I relocated to Sydney in 2014 and returned to the Rail sector, working in Strategy and Business Case development on the Future Rail Network. I then propelled myself to work on all things fun and have since held a number of roles on the Sydney Metro program.

What’s the big picture goal at Sydney Metro and with your entrepreneurial work?

The people and project are doing some phenomenal things. To transform an already amazing city to a place that connects people through world class infrastructure is something you want to read in your Eulogy. No matter how much concrete we pour into this job, at the end of the day it’s about getting people from where they are to where they want to be. What makes Sydney Metro extra special is the role it is making in place making, a destination point as you travel.

Through my other company W Squared Coaching I work with organisations, mainly in the public sector to work with the people behind the project. The big picture here is to empower people doing amazing things, making sure they feel seen and heard in the roles they play. The purpose for me in this project is to do my bit and contribute in that seemingly non-traditional engineering role.

When did you get switched on to STEM?

This would have been at around 16 years old, when my two older brothers failed to put together an Ikea desk my mum had bought. After being fed up that we didn’t have a desk to put the family computer on, I got down on the ground and started hammering and gluing things together. It dawned on me then that I wanted to build things from my imagination and then my hands. Considering I didn’t have the necessary qualifications (having been silently coerced to study Law by my parents), I decided to hold myself back a year from my peers and undertake a Foundation Engineering degree. It was in this year that I would recognise the imbalance of women in Engineering, and in this same year I would recognise just how hard it was to get 40% to pass.

What is the coolest or craziest project you’ve worked on so far?

This would have to be working for Air Products in the UK. As a Business Improvement Manager, it was my job to find out why a particular process kept producing flawed output; flawed in the sense that the oxygen purity was low and this was needed for patients who get their oxygen cylinders delivered every week. I had the responsibility of finding out the cause of missing our production quality, which ultimately was a life or death situation.

The other crazy but stupendously ambitious project would be me planning and actually opening a fitness studio 17,000 miles away from Sydney!

What is your advice to young women who want to learn about and pursue a career in STEM?

Be open minded, create your lane if you need to, stay connected to ‘why’ you want to be have a STEM career in the first instance and always go back to this when the going gets tough, because it will.

I think we are in an era where we need disruptive yet progressive change to see more balance in the STEM space, we have so many juicy challenges to respond to and a diverse workforce is a big response to these challenges.

To run a well known and respected diverse management consultancy in Australia, UK and Africa offering Project & Program Management, developing and delivering speeches and programs worldwide that look to empower people to becoming the best versions of themselves.

Tell us something interesting or surprising about you.

I can’t ride a bike and I’ve had dinner with Tony Blair?!?

“To transform an already amazing city to a place that connects people through world class infrastructure is something you want to read in your Eulogy!” 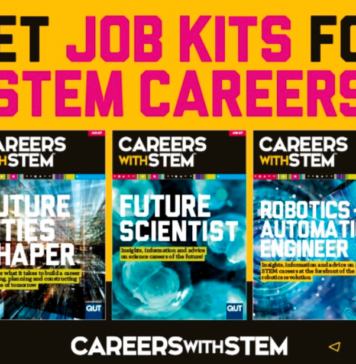 October 27, 2020
Careers with STEM has launched a new range of free e-magazines deep diving into the hottest, most in-demand STEM jobs.
Read more 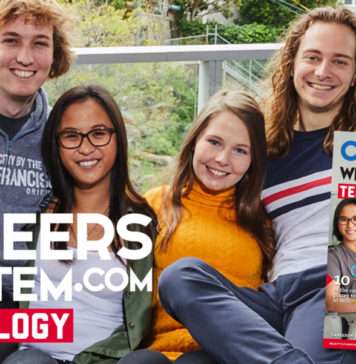