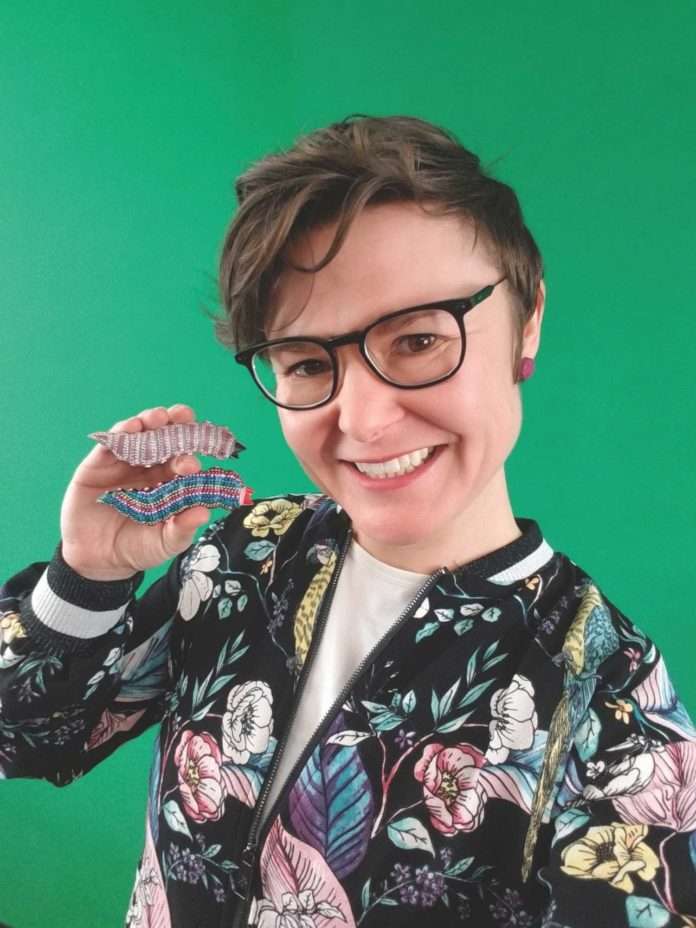 Spiny or fuzzy, entomologist and science communicator Shasta Henry is passionate about sharing insects with the world.

Peering under rocks and climbing trees to find insects is something Shasta never grew out of. Now, she gets to study how bushfires have impacted insect and invertebrate populations in Tasmania’s Mount Field National Park.“Insects are like building blocks that create the ecosystem as a whole,” says Shasta. “There are 40 tonnes of them per person, so there are plenty of opportunities to learn!”

Despite her passion for creepy-crawlies as a kid, becoming an entomologist wasn’t exactly on Shasta’s radar as a teenager. She skipped science altogether in Year 12 and did a couple of stints working in ecotourism and whitewater rafting when she left school. After working in the outdoors for a few years, Shasta enrolled in uni when she was 23 and never looked back.

RELATED: Keen to save our insects? Here’s how to help scientists this summer

When she isn’t looking for bugs in the Tasmanian wilderness, Shasta works as a science communicator.

“People don’t realise that insects impact every aspect of their lives,” says Shasta. “Scientists have so much to gain from telling their own stories. Science belongs to the community.”

Shasta says that it’s important to grab every opportunity you can and ask for help. “You deserve to ask for what you want, so put your hand up, volunteer for things and put yourself out there,” she says.

RELATED: Where could a Bachelor of Science take you?

This profile originally appeared in Careers with STEM: Science 2021