In the spirit of Halloween, here are 13 spooky, strange or just disgusting creatures. Some of these scary animals have inspired some bizarre scientific studies. 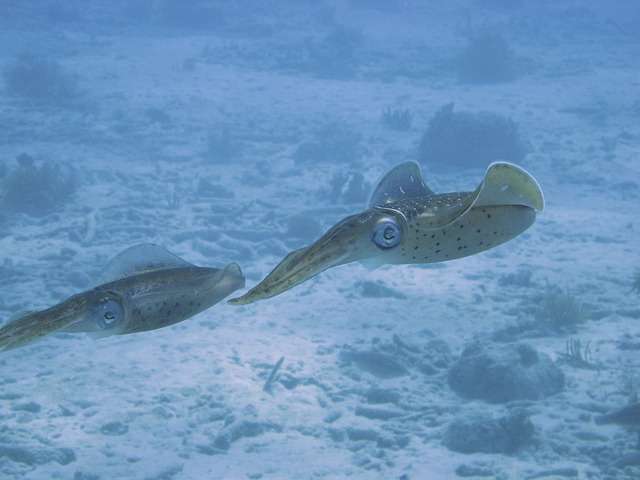 They might be slimy, but squids aren’t usually described as scary animals… except during the mating season.

Scientists have found that when male squids touch fertilised squid eggs, their behaviour switches from calm to incredibly aggressive, and they’ll brawl any other male squid in the vicinity. Scientists believe this allows females the pick of the strongest squid left standing. They’ve since isolated the chemical and used it to incite squid violence.

Not scared yet? Squid such as the Humboldt squid can grow up to 2m long, 50kg in weight and travel in packs of thousands – you definitely wouldn’t want those squid going crazy.

Sign up to our newsletter for weekly updates on careers, competitions and clubs in STEM. 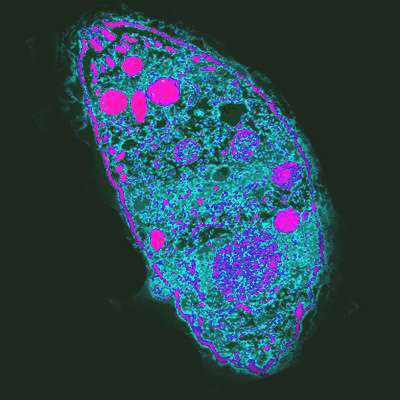 Speaking of chemicals influencing the brain, researchers have linked a common parasite with human behaviour patterns, as well as mental illness.

Toxoplasma gondii is usually contracted by eating poorly cooked meat or by touching cat faeces (it’s often known as the “cat litter parasite”). Most people’s immune systems fight off ill effects, but scarily, the parasite can take over one of the brain’s neurotransmitters (the chemical messengers that carry signals between various parts of the brain).

It makes mice highly risk-averse (they become less fearful of cats) and a few studies found that humans infected with the parasite became more aggressive, while one even showed infected hosts were more likely to be entrepreneurs or study a business major! 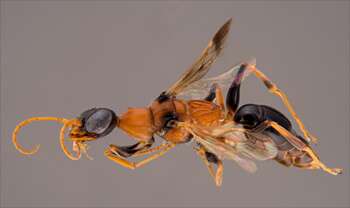 Another neurotransmitter-disrupting parasite was recently discovered in the Greater Mekong Region of south-east Asia.

The dementor wasp, named after the soul-sucking ghouls in Harry Potter, injects venom into the brains of cockroaches, rendering them incapable of making spontaneous movements. Left in a zombie-like state, the cockroach is led to a burrow, where the dementor wasp injects it with its eggs.

The cockroach is then slowly devoured by the wasp larvae as they hatch. It almost makes the Dementor’s Kiss look appealing. 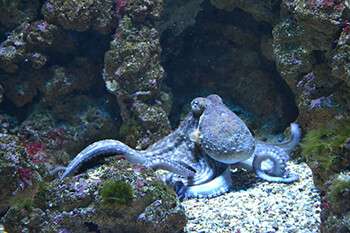 Octopuses and humans don’t have much in common, but bizarrely, a recent US study suggests that the drug ecstasy affects octopuses in a similar way to humans.

The mood-altering drug floods the human brain with serotonin, which makes people more sociable. Octopus brains are very different from human brains, but after being administered with ecstasy, octopuses (usually solitary animals) preferred to spend time together and even got very touchy-feely with their cages. 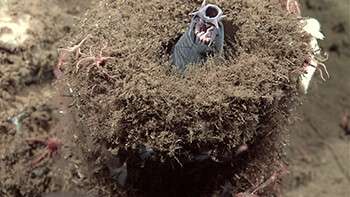 There are some pretty serious contenders for the position of “world’s grossest animal”, but the hagfish is definitely up there.

It looks like an uglier sea cucumber, and despite being nearly blind and toothless, it exists on the flesh of dead sea creatures. It inserts itself into corpses through any available opening and ingests them from the inside out – charming! It’s also a prolific producer of goo, and when provoked, it can produce up to 8L of the stuff! 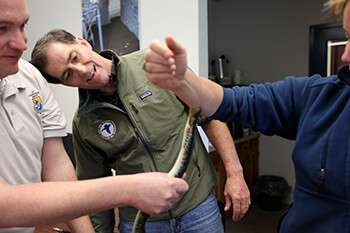 Another gross contender: the arctic lamprey. The small eel-like fish become parasitic as adults, attaching themselves to their hosts with the suction power of their mouths (which are jawless and full of sharp teeth).

Strangely enough, they’re a seasonal delicacy in Alaska (braised or roasted). Even more strangely, they were spotted in odd locations around Alaska several years ago (such as people’s backyards and carparks), leading residents to wonder if they were falling from the sky. 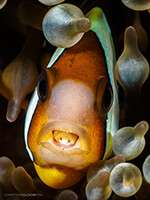 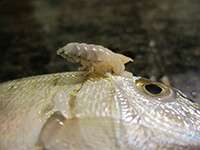 The only good point to make about the tongue-eating parasite called cymothoa exigua is that it attaches itself to fish, not humans!

It enters the unfortunate fish through the gills before setting up shop on the fish’s tongue. The parasite then pierces the tongue and starts sucking up blood to nourish itself. It eventually increases in size until it takes up most of the fish’s mouth. The tongue eventually wastes away and falls off, leaving the parasite in place as a pseudo-tongue. It’s enough to put you off your (fish) food. 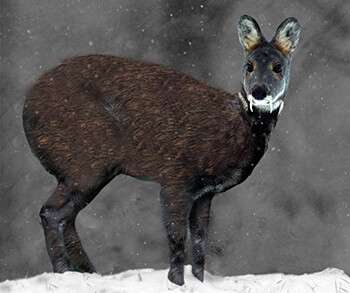 The highly endangered Kashmir musk deer is native to to the Himalayas of northern India, the Kashmir region of Pakistan and northern Afghanistan, where a small group were recently spotted for the first time in over 60 years. Only the males have fangs, and despite their appearance, they’re strictly herbivorous: the fangs are used for sparring with rival males. 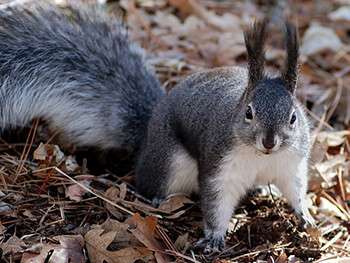 The marsupial is highly elusive, possesses pointy, bat-like ears, and somehow manages to eat the nuts of the canarium tree. These nuts are so hard that scientists have no clue how it can gnaw through their shells (perhaps with secret vampire fangs…?) According to local folklore, the fluffy little squirrel attacks forest deer and drinks their blood, but this is yet to be substantiated. 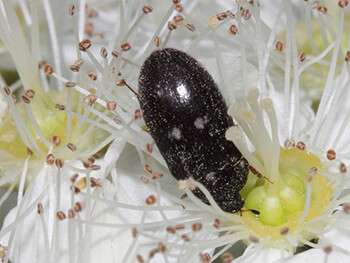 Museum curators and taxidermists sometimes use an unconventional means of cleaning up cadavers: skin beetles. These beetles feast on the flesh of carcasses in a self-explanatory process known as skeletonization. Law enforcement agencies have harnessed this gross quality and use beetles when harsh chemicals are unsuitable for treating cadavers.

While that’s good to know, it’s less comforting that if you live in North America, skin beetles can lurk in walls or floorboards. 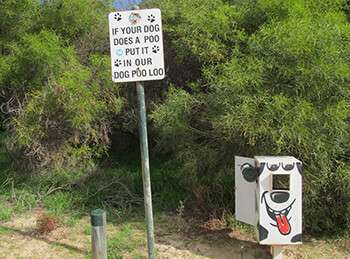 There’s nothing more annoying than stepping in dog poo. It might aggravate you even more to find out that dogs aren’t doing their business randomly – they’re actually aligning themselves according to the Earth’s magnetic field!

A Czech study used data from thousands of canine defecations (and urinations) to conclude that dogs prefer to poo and pee along Earth’s North-South axis. Unfortunately, the researchers didn’t draw any conclusions about whether this “magnetosensitivity’ could be harnessed for orienteering. 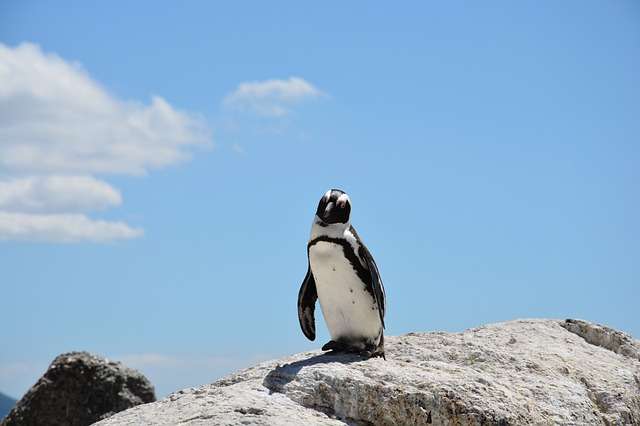 Another scatalogical study: polar biologists have measured the trajectory of penguin poop.

Penguins avoid leaving their nests during the brooding season to keep their unhatched young safe from predators. They’ve hence evolved the very useful characteristic of projectile pooping to keep their nests clean! The scientists calculated the gastrointestinal pressures which the penguins built up to achieve the ultimate poop. 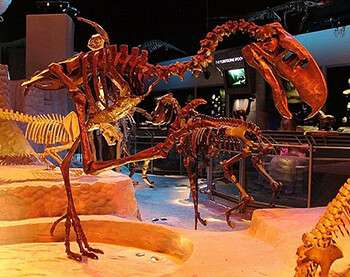 Scientists recently discovered a near-complete skeleton of a terrifying carnivorous bird which roamed parts of South America 50-1.8 million years ago.

The aptly-named Terror Bird stood 3m tall, had a hooked beak and excellent hearing. Its unique inner-ear structures meant it was highly adept to tuning in to low frequency noises, and scientists believe that it stalked its prey by listening to their footsteps.

Sounds pretty terror-inducing to us.

The 5 best Netflix specials to binge this Halloween