Exam time can mean double the study on half of the sleep, which is why this year we’re looking to science to save us from stress. The following study tips are backed up by real research.

According to a kind of random – but very cute – study published by a group of psychologists from Hiroshima University in Japan, looking at pictures of puppies and kittens can have a positive effect on our concentration levels.

The research project split 48 students into two groups which were observed while performing a series of focus testing tasks – such as hunting down the double digits in a sea of numbers and using tweezers to pick up tiny objects. One group looked at cute baby animal images beforehand, and the other did not. The group that looked at the cute stuff had significantly more accurate results, suggesting that those in jobs demanding attention to detail – think air traffic controllers and software engineers – should be googling adorable animals with their morning coffee.

Delicious? Yes. Holder of magical powers? Possibly. The herb rosemary has been used for thousands of years in Mediterranean cooking, but its ability to improve cognitive skills and accuracy levels is pretty new to most of us. A study published in the journal Therapeutic Advances in Psychopharmacology showed the more participants were exposed to eucalyptol – a natural compound found in rosemary – the faster and more accurate they performed in cognitive tests. The compound is also found in other aromatic plants such as bay, wormwood, eucalyptus and sage. A brain-booster we can pop in pasta? Yep, we’re sold.

Putting a plant on your desk will up your attention span

They add beauty to a space, but science says that keeping a houseplant near your workspace will boost your brains too. A study published by the Journal of Environmental Psychology applied the long-standing theory that exposure to natural environments has regenerative effects on the brain… to houseplants. The authors asked participants to do a basic skills test before dividing them into two groups – one sent to an office surrounded by greenery and the other to a regular study space – and getting them to repeat the exam. Results showed that those working in the office with plants improved their performance from the first to the second test, while those in the room without plants did not. Basically this is one giant excuse to invest in a fiddle leaf!

Disclaimer: all of this research is preliminary, and mostly based on pretty small sample sizes, so we still recommend a side of good old-fashioned revision with your potplants and cat GIFs!

Need more study tips? Fine tune your HSC prep and kill it during your first year of uni. 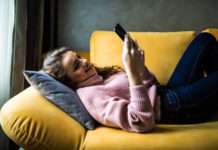 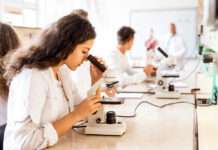 Why study STEM at university?