This article is an edited extract from an essay, The search for ET, in The New Disruptors, the 64th edition of Griffith Review.

Extraterrestrial life, that familiar science-fiction trope, that kitschy fantasy, that CGI nightmare, has become a matter of serious discussion, a “risk factor”, a “scenario”.

How has ET gone from sci-fi fairytale to a serious scientific endeavour modelled by macroeconomists, funded by fiscal conservatives and discussed by theologians?

Because, following a string of remarkable discoveries over the past two decades, the idea of alien life is not as far-fetched as it used to seem.

While life is a special kind of complex chemistry, the elements involved are nothing special: carbon, hydrogen, oxygen and so on are among the most abundant elements in the universe. Complex organic chemistry is surprisingly common.

Amino acids, just like those that make up every protein in our bodies, have been found in the tails of comets. There are other organic compounds in Martian soil.

And 6,500 light years away a giant cloud of space alcohol floats among the stars.

Habitable planets seem to be common too. The first planet beyond our Solar System was discovered in 1995. Since then astronomers have catalogued thousands.

Based on this catalogue, astronomers from the University of California, Berkeley worked out there could be as many as 40 billion Earth-sized exoplanets in the so-called “habitable zone” around their star, where temperatures are mild enough for liquid water to exist on the surface.

There’s even a potentially Earth-like world orbiting our nearest neighbouring star, Proxima Centauri. At just four light years away, that system might be close enough for us to reach using current technology. With the Breakthrough Starshot project launched by Stephen Hawking in 2016, plans for this are already afoot.

It seems inevitable other life is out there, especially considering that life appeared on Earth so soon after the planet was formed.

The oldest fossils ever found here are 3.5 billion years old, while clues in our DNA suggest life could have started as far back as 4 billion years ago, just when giant asteroids stopped crashing into the surface.

Our planet was inhabited as soon as it was habitable – and the definition of “habitable” has proven to be a rather flexible concept too.

Life survives in all manner of environments that seem hellish to us:

Tantalisingly, some of these conditions seem to be duplicated elsewhere in the Solar System.

Mars was once warm and wet, and was probably a fertile ground for life before the Earth.

Today, Mars still has liquid water underground. One gas strongly associated with life on Earth, methane, has already been found in the Martian atmosphere, and at levels that mysteriously rise and fall with the seasons. (However, the methane result is under debate, with one Mars orbiter recently confirming the methane detection and another detecting nothing.)

Martian bugs might turn up as soon as 2021 when the ExoMars rover Rosalind Franklin will hunt for them with a two-metre drill.

Besides Earth and Mars, at least two other places in our Solar System might be inhabited. Jupiter’s moon Europa and Saturn’s moon Enceladus are both frozen ice worlds, but the gravity of their colossal planets is enough to churn up their insides, melting water to create vast subglacial seas.

In 2017, specialists in sea ice from the University of Tasmania concluded that some Antarctic microbes could feasibly survive on these worlds. Both Europa and Enceladus have undersea hydrothermal vents, just like those on Earth where life may have originated.

When a NASA probe tasted the material geysered into space out of Enceladus last June it found large organic molecules. Possibly there was something living among the spray; the probe just didn’t have the right tools to detect it.

Russian billionaire Yuri Milner has been so enthused by this prospect, he wants to help fund a return mission.

A discovery, if it came, could turn the world of biology upside down.

All life on Earth is related, descended ultimately from the first living cell to emerge some 4 billion years ago.

Bacteria, fungus, cacti and cockroaches are all our cousins and we all share the same basic molecular machinery: DNA that makes RNA, and RNA that makes protein.

A second sample of life, though, might represent a “second genesis” – totally unrelated to us. Perhaps it would use a different coding system in its DNA. Or it might not have DNA at all, but some other method of passing on genetic information.

By studying a second example of life, we could begin to figure out which parts of the machinery of life are universal, and which are just the particular accidents of our primordial soup.

We might even be able to work out some universal laws of biology, the same way we have for physics – not to mention new angles on the question of the origin of life itself.

A second independent “tree of life” would mean that the rapid appearance of life on Earth was no fluke; life must abound in the universe.

It would greatly increase the chances that, somewhere among those billions of habitable planets in our galaxy, there could be something we could talk to.

If, on the other hand, the discovered microbes were indeed related to us that would be a bombshell of a different kind: it would mean life is infectious.

When a large meteorite hits a planet, the impact can splash pulverised rock right out into space, and this rock can then fall onto other planets as meteorites.

Life from Earth has probably already been taken to other planets – perhaps even to the moons of Saturn and Jupiter. Microbes might well survive the trip.

In 1969, Apollo 12 astronauts retrieved an old probe that had sat on the Moon for three years in extreme cold and vacuum – there were viable bacteria still inside.

As Mars was probably habitable before Earth, it’s possible life originated there before hitchhiking on a space rock to here. Perhaps we’re all Martians.

Even if we never find other life in our Solar System, we might still detect it on any one of thousands of known exoplanets.

It is already possible to look at starlight filtered through an exoplanet and tell something about the composition of its atmosphere; an abundance of oxygen could be a telltale sign of life.

The James Webb Space Telescope, planned for a 2021 launch, will be able to take these measurements for some of the Earth-like worlds already discovered.

Just a few years later will come space-based telescopes that will take pictures of these planets directly.

Using a trick a bit like the sun visor in your car, planet-snapping telescopes will be paired with giant parasols called starshades that will fly in tandem 50,000 kilometres away in just the right spot to block the blinding light of the star, allowing the faint speck of a planet to be captured.

The ancient question “Are we alone?” has graduated from being a philosophical musing to a testable hypothesis. We should be prepared for an answer. 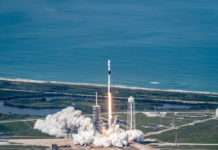 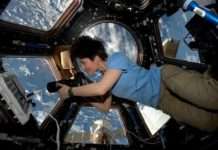