Choosing what to study and what career to enter is a massive decision for high schoolers currently focussed on their exams and social lives. STEM student mentoring is helping Australian high schoolers learn more about what it takes to start a successful business in science, technology, engineering and maths, or work for some of the world’s most exciting tech companies.

Careers with STEM is bringing students from schools across Sydney to participate in a STEM student mentoring session with mentors from Google, the Commonwealth Bank, the Australian Nuclear Science and Technology Organisation, Thales, and start-ups The Rural Network and Cuberider.

The STEM student mentoring event aims to introduce students to a range of careers in science, technology, engineering and maths. Careers with STEM produced quarterly magazines on STEM careers that are distributed free to high schools nationally and in New Zealand and the United States.

“Students love that the magazines show them real-world careers and the career pathways to get there,” says Heather Catchpole, head of content at Careers with STEM publisher Refraction Media. Teachers can access supporting materials including online classroom notes and posters supported by the Department of Education.

The Oct 11 event exposes kids to a number of careers that have only been in existence for a few years, and to people who have created their own careers, like Bryce Eldredge, who runs his family farm in Clare, South Australia, while also teaching about entrepreneurship and running his online job match-up site with partner Ashley Schultz.

“I grew up in a farming business, so it was obvious that I was always going to have a career in that industry. Seeing the problems that we faced with labour shortages in rural Australia, that made me have a crack at building an online peer to peer marketplace and community to help people outsource and complete tasks in their local area.”

“My advice is to be entrepreneurial, be ambitious and don’t wait until you’re ready. Solve a real problem and build your solution around it.”

Solange Cunin, an engineer and founder of space startup Cuberider, says working on Australia’s first space mission was a career highlight. “It’s like being an explorer! The industry is fast-paced and evolving. You get to write Australia’s history while doing it.”

Solange Cunin, 24, is the CEO and founder of leading STEM education startup Cuberider. She led Cuberider to launch Australia’s first and only involvement in the International Space Station in 2016, and has since inspired thousands of students by giving them access to outer space. She’s played a role in establishing education outreach programs including for Sidings Springs Observatory and ANU, and is an advocate for quality STEM education for all students.

Solange studied a Bachelors in Mathematics and Aerospace Engineering at University of New South Wales after moving from her family’s home in regional NSW to follow her dreams of working in the space industry.

As a social entrepreneur, Bryce’s vision is to improve rural employment and asset sharing globally, by changing the way that rural people see work and the ownership of assets. Known for his impactful leadership, Bryce was a finalist for the Young Achiever of the year in 2015 and 2017.

His lifelong appreciation for education led him to the University of South Australia, where he earned a degree in Business Management and was awarded the opportunity to undertake study at the Chinese University of Hong Kong, where he studied entrepreneurship & innovation while working alongside CyberPort, one of Asia’s largest start up accelerators. On top of his work, Bryce quenches his thirst for adventure by crewing tall ships, soldiering with the Defence Force and learning to fly helicopters as a part of his involvement in his families Agriculture business.

Amy Lo went to UNSW and studied Bioinformatics, a degree which combined biology and computer science. During her university career, she was a tutor for second year computing courses, she worked part time for the university for a semester and did multiple summer scholarships. After she graduated, she worked part time as a research assistant for my thesis supervisor. She then took on my first full time role as a software engineer at Optiver, a high frequency trading firm. She spent two years working on the Korean market connection before moving to work on the trading backends. After 2.5 years at the company she felt it was time to move on and joined Google Australia to work on the Android Maps API. During this time she produced features such as the StreetView API and custom styling for Maps, and was the technical lead for 2 years. In May, she transferred to a new team to work on Google Photos.

Janet Mao, digital graduate at the Commonwealth Bank of Australia

Janet is a digital graduate at the Commonwealth Bank of Australia in the second and final year of her graduate program, and has completed rotations in various functions in digital from analysing customer insights, to project delivery, to design, and even sales. Not knowing where to start her career when studying a combined Science/Arts degree at university, she decided to learn about sales and marketing while interning for a year at Microsoft. But what drew her eye instead was the myriad of ways that technology could impact individuals’ and organisations’ lives. And she’s managed to do just that in her graduate program at CBA, where she’s made changes to customers’ online banking experiences, designed for the future, launched sales campaigns, and even delivered a new app with one-of-a-kind features! She looks forward to continuing her career working with technology and digital experiences.

Daniel works for Thales Australia as an Electrical Engineer at the Garden island Navy Base in Sydney. He has worked for Thales for the last 10 years and have experience in combat systems integration and alignment, powers systems generation and distribution, data acquisition, interpretation and modelling, planned maintenance and condition monitoring.

Upon finishing Year 12, his big dream was to become an engineer. This dream became a reality some 10 years after leaving school. His pathway was far from conventional and led him through a traineeship and scholarship with Thales. His pathway into university was through a TAFE Advanced Diploma as a part of his traineeship. His results from his initial year at University then earned him a scholarship to complete his degree part time with Thales.

One of his most memorable career highlights to date has been being flown out to a ship by helicopter, landing on the ships flight deck whilst the ship was on route to investigate, identify and repair a fault within the ship.

Matt Scott, is Deputy Principal Innovation (Relieving) at the Canobolas Rural Technology High School in Orange, NSW. In this role, as STEM Program and Centre Director he is responsible for the development of STEM curriculum for Stage 4 and 5 and the management of the STEM Centre at Canobolas.

Matt has been teaching Stage 6 Design and Technology for several years. His interests include educational technologies like 3D printing, laser cutting, coding and micro development computers like Arduino. His philosophy for technology education includes integrating advanced manufacturing into class programs to enhance student engagement and to promote STEM education and careers.

Matt was the recipient in 2016 of both the Public Education Foundation Minister’s Award for Excellence in Teaching and the New South Wales Premier’s Copyright Agency Creativity and Innovation Scholarship. 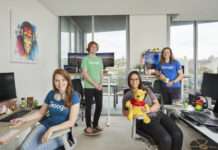 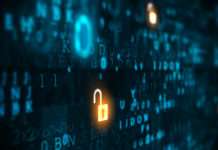 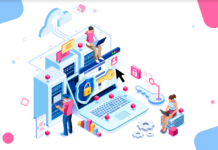