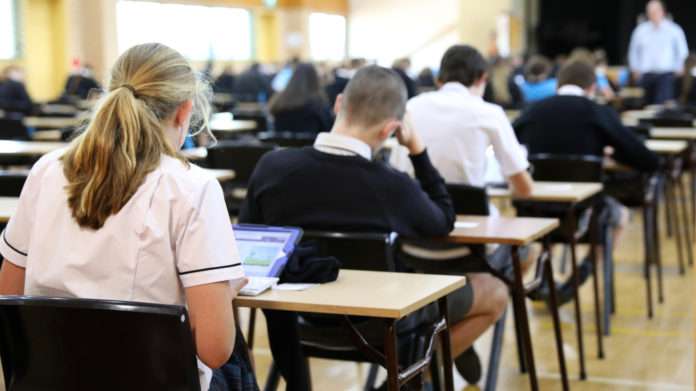 We hit up a group of Year 12 students and asked them how the Government’s plans to overhaul the university fee system will effect their 2021 pathway planning.

If you’re in Year 12 you may have spent the last couple of months in iso researching how your 2021 is going to look. Maybe you’re planning a COVID-permitting year of travel or some time-out from study to knuckle down and work a bit.

But if you were in the process of whittling down your tertiary study preferences – including what, where and when you’ll study – the Government’s recent University-fee announcement may have shaken things up.

So, what’s the deal with the overhaul?

The changes to the current university fee system will see the cost of courses that the Government sees as “job relevant” significantly slashed, and those in the humanities almost double, in an effort to funnel students into the industries it believes will drive job growth.

With a group of Year 12’s who have already studied through the bushfire crisis, an international pandemic and now a seriously game-changing fee hike for some, it’s been a pretty distracting year. Here’s how those in the thick of preference-picking have been impacted by the change…

“It’s a real slap in the face, the Government essentially saying ‘we don’t care about your personal interests,’ which is what we’re told growing up we should prioritise. The arts and humanities are so important, they provide respite from, and seek to explain, the complexities of society. People would be a lot happier if they pursued what they were interested in, and not what would generate the most jobs. I am not sure how I will handle the extra expenses.”

“The cost change puts a lot more stress on my course preferences as I’m not interested in the areas deemed essential. I don’t think students will pick a cheaper degree they have no interest in. If the price in ‘essential degrees’ was lowered and Arts degrees kept the same, there would be a better outcome. There is no reason in increasing the price of a degree to more than it costs to run.”

RELATED: Studying from home? Here’s how an iso Uni student structures her day

“The changes in degree costs don’t influence my preference, I’m still super passionate about my course, but it does make things significantly more difficult! I believe there are different ways to encourage students to go into certain degrees, instead of increasing the costs of an education/career path they’re passionate in.”

Others see it as a good thing for STEM…

“The increase in cost for Arts degrees is incredibly discouraging and limits those who want jobs outside of science. However it makes science seem more accessible.”

“I believe while science degrees are becoming increasingly important and should be more accessible , arts degrees should not be comprised as a result.”

And for those planning on studying science? Pretty beneficial actually…

“As I’m looking at doing a science degree the decrease in cost is definitely beneficial. However the increased costs of humanitarian degrees has made me lean more towards science when previously I would have considered something in the arts/history.”

“My preference is psychology so the university cost changes don’t apply directly to me, however if I was interested in an Arts course, for example, I would be strongly thinking about changing it because of the prices applied to it.”

Good to know, some of you remain unfazed

What do you think? Tweet us your thoughts @CareerswithSTEM.