It’ll blow your mind how many ways maths can make a difference internationally.

Whether it’s working in technology, conservation, or travelling the world, applied mathematics skills can help you make a big bang in the real world.

Marianne Menictas is a data scientist at Atlassian, a Sydney-based tech company that develops software like Jira and Hipchat. She writes code, looks for bugs and improves user experience. “I see people using these apps every day,” she says.

Marianne did a Bachelor of Science (Hons) in mathematical statistics at UTS, then completed a PhD – also at UTS, where she developed supersonic algorithms – simpler and much faster versions of common calculations used in industry and academia.

A career in data science was fast-tracked when she attended the ‘Insight Data Science’ three-month boot camp in New York, where mentors helped her build an app from scratch. Then she spent a year working for New York-based tech startup Custora, using predictive tools to provide marketing information to big retailers like Guess and Tommy Hilfiger; before returning to Australia to work for Atlassian.

The thing is, maths careers aren’t limited to software. Stephen Woodcock, a senior lecturer in the School of Mathematical Sciences at UTS, works with marine scientists to improve the health of the Great Barrier Reef. Rising sea temperatures and higher ocean acidity cause coral to turn white and eventually die through a process known as ‘coral bleaching’.

Stephen’s job is to analyse findings from the reef and look for ways to help the conservation process. “I’m unravelling the strings trying to figure out which factors are doing the damage,” he says. “Do single shock events – like a few warm days – kill the coral? Or is it more prolonged periods of stress?”

As a data consultant, Stephen works with: “a team of geographers, marine scientists, environmental scientists, sports scientists and somebody from a business management group,” he says. Stephen is also a member of the Climate Change Cluster (C3) research group at UTS, which aims to reduce the impact of climate change on important ecosystems.

The most challenging part of his job is learning to speak the ‘language’ of these disciplines, “but it’s worth it,” he says. “I get to work on exciting projects around the world that will help improve people’s lives and conserve the environment.”

TO GET THERE: Bachelor of Science (Mathematical Statistics), University of Technology Sydney

“I get to work on exciting projects around the world that help improve people’s lives and conserve the environment.”

Cherese is Assistant Editor of Careers with STEM. She is passionate about producing engaging STEM content and has a strong background in science writing and editing. She holds a science degree with Honours from the University of Melbourne. 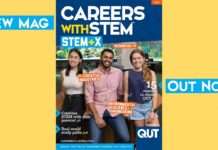 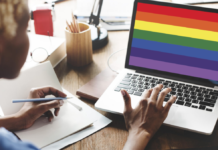 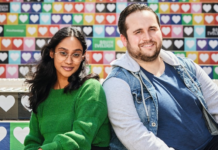 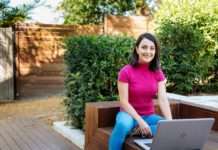 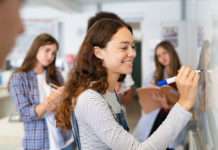