Home STEM Classrooms Holographic teachers were supposed to be part of our future. What happened?
Facebook
Twitter
Linkedin
Email

Cast your mind back to the turn of last century. Experts predicted that by now classrooms would no longer feature human teachers, and holographic virtual entities would deliver lessons instead.

This certainly hasn’t happened. The closest we have come is group video chat via apps like FaceTime, Zoom or Google Hangouts. But this doesn’t mean holograms aren’t part of our lives – they’re just marketed differently.

For the past 20 years, researchers and companies have progressed with a vision of “mixed reality”, where the physical and digital blend together to create seamless, digitally enhanced experiences.

Initially limited to research labs and prototypes, we have seen a major increase in the use of mixed reality technology in recent years. And it’s of particular use in classroom settings.

There are more than three billion augmented reality (AR) devices – a type of mixed reality – currently in use. And the industry has an estimated market value of between US$30 billion and US$200 billion.

Companies like Apple and Google have embraced AR through developer frameworks such as ARKit and ARCore, which run on a standard smartphone. Microsoft has also been pushing the field of mixed reality through the HoloLens, a standalone headset available to developers since 2016.

But progress has been slow – there has been confusion over the terminology, and missteps along the way. Users of Google Glass were famously termed “glassholes” out of fear they would use the built-in camera to secretly record people.

Microsoft was recently awarded a US$480 million contract to supply prototypes of HoloLens to the US Army. HoloLens has been used in training before, but this is the first time these devices will be used in combat to “provide troops with more and better information to make decisions”.

Back in 2016, the Israeli government trialled HoloLens in battlefield training for soldiers. The device allowed soldiers to manipulate military terrain models, while also accessing intelligence data.

It could also be used to give visual and audible instructions to help combat soldiers to fix malfunctioning equipment, or medics to perform surgery on wounded soldiers.

By blending the physical and the digital, Microsoft and the military think they can provide new, enhanced information that will help soldiers detect and decide whether to engage with the enemy.

Although the military’s provision of the HoloLens will have enhancements and secret capabilities, a version is already available to developers. And this is currently being trialled in university education – so is it a disruptive technology that will change the way we teach our students?

Not a holographic professor, but a professor with holograms

Educational technology is increasingly used in modern curricula. This is particularly the case in disciplines such as health sciences and medicine, where 3D representations of the human body facilitate an enhanced learning experience compared with traditional media or textbook illustrations.

Virtual reality is already used for teaching at several universities. But VR technology requires users to wear a headset that blocks out the real world, removing learners from the classroom, and placing them in their own virtual space.

This makes it hard for educators to work with the technology during a teaching session. Education through virtual reality remains largely standalone and supplementary to the content otherwise taught in class.

On the other hand, mixed reality, as observed through devices such as HoloLens, could allow users to remain a physical part of the class, with the digital visualisations being included in addition to the normal instruction. In this way, the live educator remains part of the direct experience, with verbal instructions and teaching continuing as normal.

The holographic renderings provide an additional layer to normal learning sessions. It also allows the students’ hands to be free, so they can write notes or interact with resources around the teaching space.

This new range of hologram-capable devices may bridge the gap between the teacher-directed style of lessons, and the student undergoing self-study away from live instruction.

As these technologies develop, we, as educators, can work with the 3D representations to enhance our teaching. For example, during a lesson on the cardiovascular system, a beating heart could be represented in front of the students, while the educator guides them through the features. Or a human brain could be visualised in 3D space, while regions are highlighted and dissected in real time by the educator.

This creates a style of lesson not possible through simple pen and paper, or even through virtual reality.

Professor and holograms as co-teachers

Since 1928, when the first “teaching machine” was invented, educational technology has gone through periods where the newest devices received great hype, yet did little to enhance learning.

In fact, outside of PowerPoint and learning management systems, few technologies are widely used by educators, particularly in universities.

But mixed reality provides a mechanism where students, educators, physical resources and technology can all work together to create an augmented learning environment like never before.

The HoloLens remains a development edition, with the consumer release date still unannounced. But, with large investments from the military, this technology is here to stay, and will only improve.

While it’s not a standalone “holographic professor”, mixed reality is likely to disrupt the way we teach, transform the style of teaching that occurs across a number of disciplines, and revolutionise the learning experience.

Michael Cowling is an Associate Professor in Educational Technology at CQUniversity Australia and Christian Moro is Assistant Professor of Medicine and Biomedical Sciences at Bond University.

Find free downloads like teacher notes, posters and more for your classroom in our online shop. 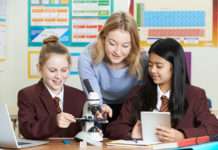 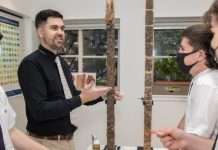 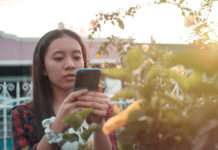